Raila on COVID-19: We are Witnessing a Third World War Without Bombs 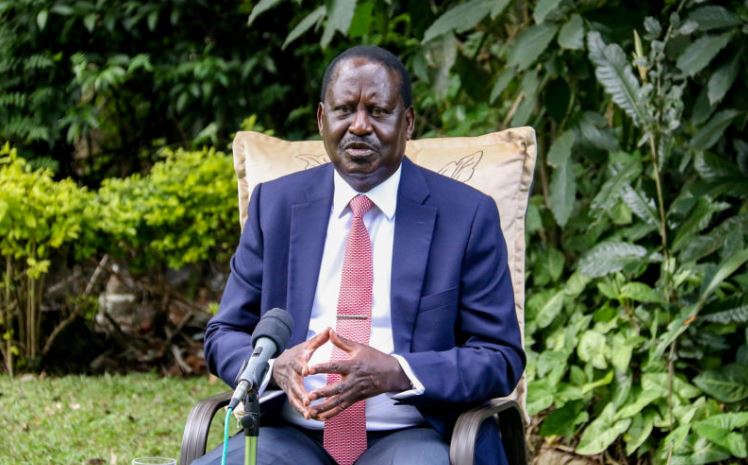 The African Union Head of Infrastructure Development said the disease is not a curse nor a rich man’s disease and that it should be taken seriously.

Speaking with SABC on Wednesday, Raila said: “it is a disease for everybody both white and black. We need to take it seriously.”

“We are witnessing a Third World War without bombs. The effects will be far-reaching. The entire world has come to a standstill. Even during the Second World War we did not have this extent of causalities that we are witnessing within a short period of time,” Raila said.

Noting that African countries have responded well to the pandemic, Raila urged the continent’s leaders to use this as an opportunity to get the continent out of poverty.

“Korea and China did it between the 1970s and today, this must be Africa’s chance. Information on Covid-19 was not properly shared. Even at the last AU meeting in February, Covid-19 was not an issue because the information was just not there,” he said.

“However, Africa has responded pretty well to the disease. Most Africans have been very proactive for example South Africa, the first one to go on total lockdown, followed by Rwanda and Uganda.”

He said African economies will be hit hard, “which is why we need to start thinking of the post -Covid-19 era. Africa is going to be left on its own. We have tended to rely on the external world, for trade.”

“That is not possible now and won’t be possible for a long time. We will have to look at intra-Africa trade to minimise effects of future pandemics in the continent.”

Raila said coordinated efforts between Africans and thinking outside the box could make the continent self-reliant post-covid-19.

“We have seen Africans now becoming inventors rather than copiers of other people’s technologies. Economies are limping on their knees but this gives us opportunity to look at our developmental opportunities,” he said.

The ODM leader also said Kenya needs to increase testing facilities across the country or more people will be infected. “..the mere fact that Kenya is testing 1,000 people per day and getting 45 infections is cause for alarm..Our rates are very high,” he said.

He also expressed confidence that coronavirus can be defeated.

“We will defeat it but after how many causalities? Let us live to tell the story. It is possible and Africa will arise,” he said.

The Trending Images This Thursday < Previous
Omar Lali’s Cousin Reveals More Details About Kin’s Relationship With Tecra Muigai Next >
Recommended stories you may like: