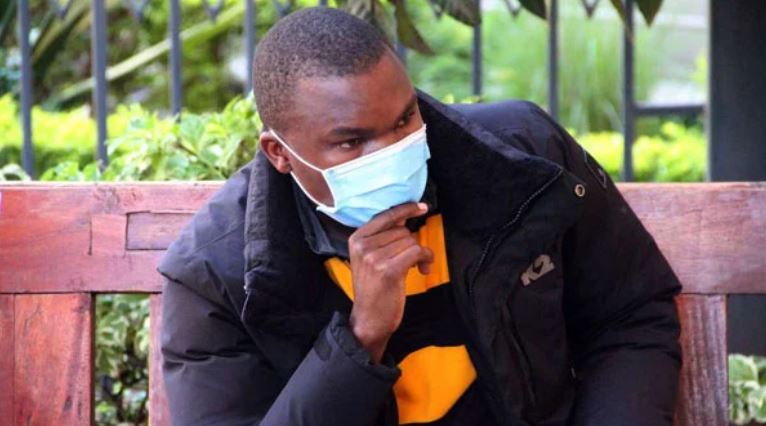 Police constable Emmanuel Ambunya Oyombe, who is accused of killing University of Leeds student Carilton David Maina on December 22, 2018, was arraigned in court Thursday but he did not take a plea.

The cop will remain in police custody for seven more days, during which time a mental assessment will be conducted. Justice Grace Ngenye Macharia directed that the test be done at Mathare hospital ahead of his plea-taking on April 23.

The accused, through lawyer Haron Ndubi, pleaded with the court to release him on bail saying that he’s not a flight risk and that he has a young family and two other dependents.

Mr Ndubi told the court that he visited his client at Kilimani Police Station and found that the station was overcrowded. He argued that detaining constable Oyombe was exposing him to the risk of contracting COVID 19.

The prosecution, however, refuted the claims saying that there are adequate facilities to detain suspects.

Oyombe, who is based at Kenyatta National Hospital police post, was arrested by DCI detectives on Wednesday after the office of the Director of Public Prosecution concurred with the Independent Policing Oversight Authority’s recommendation for murder charges against him.

The Trending Pics in Nairobi This Friday < Previous
President Kenyatta Announces Weekly Allowance for Needy Families Next >
Recommended stories you may like: