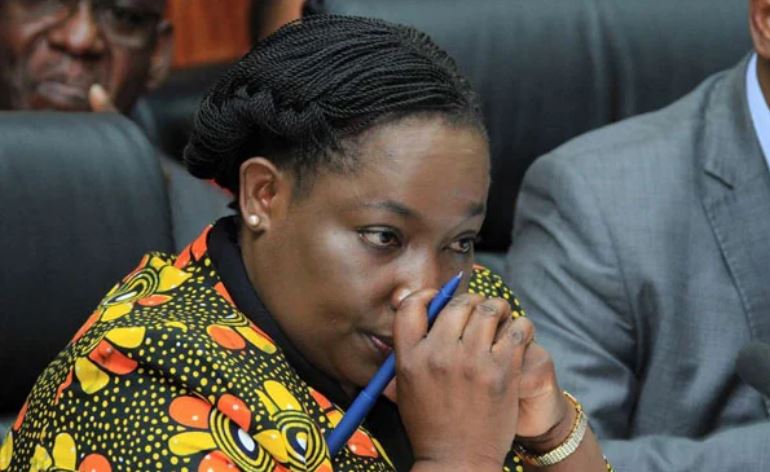 The High Court has ordered former Youth and Gender Principal Secretary Lillian Omollo to surrender Sh33.6 million to the state.

The court ruled that funds held in bank accounts in the name of Omollo, her three daughters and entities run by her husband were proceeds of crime and therefore liable for forfeiture to the state.

Justice Mumbi Ngugi said the family failed to show a legitimate source of the funds deposited in the 10 accounts.

The ex-PS had listed a greenhouse farm owned by Sahara consultants and her husband Dick Achieng in Uyoma, Siaya County as one of the sources of the funds.

The second source of the funds was Achieng’s consultancy fees allegedly paid for work done in South Sudan, the respondents submitted during the hearing.

However, Justice Ngugi said documents by Omollo intended to prove that the Uyoma farm was a legitimate source of the funds showed that they comprised of what appeared to be photocopies of receipts issued by Onkeo Farm for relatively small amounts.

The judge said none of those documents showed receipt of funds that could explain deposits of Sh500,000 or Sh900,000 on a single day. She also noted that the respondents did not produce any documents to show that they owned the farm.

There was also no evidence of payment of income tax by the respondents.

The court further noted that the total amount shown in the receipts annexed by Omollo was just Sh390,000.

Regarding funds from Omollo’s consultancy business, Mumbi said an analysis showed that the account where consultancy fees were paid had received approximately Sh22 million and that the amount had been withdrawn.

It also showed that there had been no deposit of funds in the account during the investigation period(2015-2019).

The court found that Omollo opened numerous bank accounts in her name, her business name and in the names of limited liability companies in which she, her husband and daughters were the shareholders, and in the name of two of her underage children.

“This kind of conduct was anticipated by the law, hence the definition of ‘politically exposed persons’ to include children and close relatives of persons in the position of the former PS,” the judge said.

Justice Ngugi said that for Omollo to deposit hundreds of thousands of shillings or dollars in different accounts on the same day, there must be a very clear source of such funds.

Since she was not been able to show a legitimate source of the funds, the only conclusion that could be arrived at was that the funds were proceeds of crime.

Matiang’i Ordered to Amend Essential Services List in Five Days < Previous
The Trending Pics in Nairobi This Friday Next >
Recommended stories you may like: