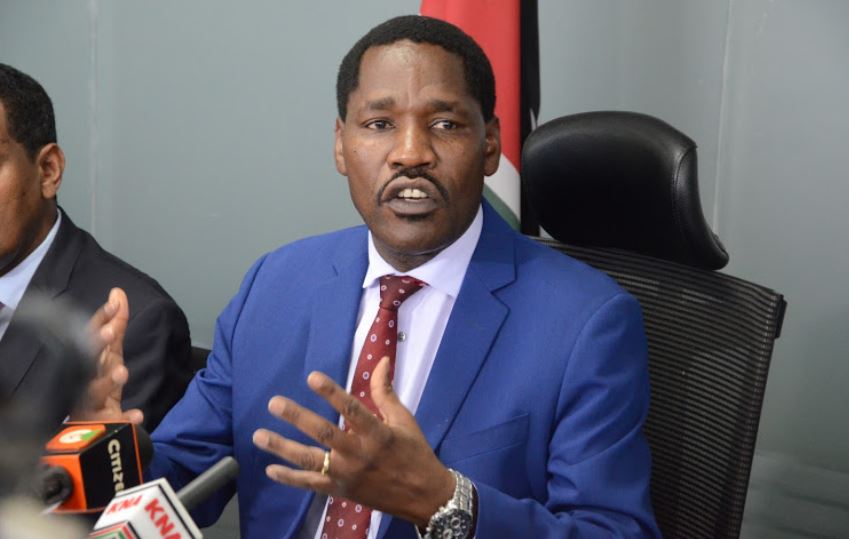 The Kenyan government is committed to ensuring food security and has assured the public that there is enough supply to last several months.

The Agriculture Cabinet Secretary Peter Munya called on Kenyans to resist panic buying saying this could create an unwarranted shock in the market, pushing food prices up.

“Currently, food supply is sufficient and I urge Kenyans to resist panic buying. We will be closely monitoring the cost of food and taking stern measures against traders who create artificial price inflation on food and agriculture inputs,” he said.

“It is evident that the economic impact of the pandemic is taking a toll on the national economy and this impact is particularly being felt in the agricultural sector and particularly in the fresh produce industry,” Munya said.

“This impact has been occasioned by the lockdown in most countries and the collapse of prices at the auction.”

CS Munya assured Kenyans that the government is putting in place the necessary mechanisms to avert potential food shortages.

“To avoid food shortages, it is imperative that we keep the food supply chains going. We are working closely with stakeholders to urgently strike a balance between keeping production going and protecting all actors along the agricultural value chain,” he said.

“The national and county governments are working together to ensure agricultural operations continue and that safe food is available, accessible and affordable,” he added.

Brenda & Brian: Why Jaguar Thinks Uhuru’s Advisers Failed Him < Previous
The Top Stories on the Internet Today (Friday April 3) Next >
Recommended stories you may like: