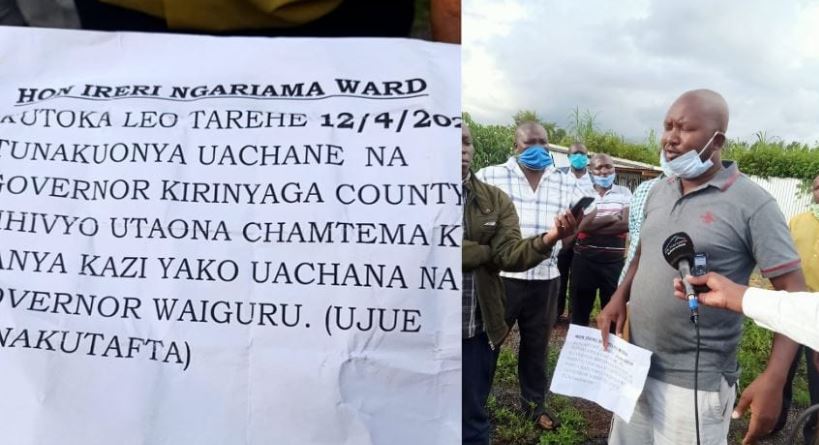 A member of the Kirinyaga County Assembly is seeking protection from the police after unknown assailants raided his home in the wee hours of Tuesday.

Mutira ward MCA David Kinyua, who tabled the impeachment motion against Waiguru on March 31, said the attackers torched his cattle shed during the 1 am incident.

Mr Kinyua said his farmhand raised alarm after he discovered the huge fire. Two jerricans of petrol were recovered from the scene.

The ward rep claims the arson attack was as a result of his anti-Waiguru stance.

“We were able to put off the fire. I forwarded the matter to the DCI who came to my house at 2 a.m for forensic analysis. I am seeking protection from the police. My residents have been informed of my whereabouts and have been asked to maintain calm. I want to candidly state that this plot was hatched out of my stance against the governor. I will not be intimated and I will pursue the agenda,” Kinyua told reporters. 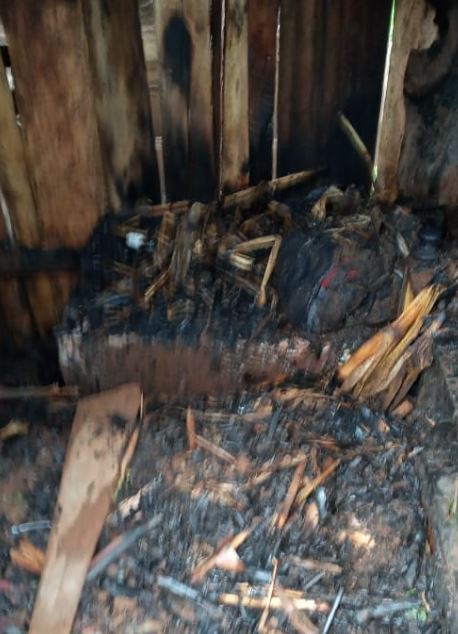 At the same time, two more anti-Waiguru MCAs recorded statements at Kianyaga police station claiming that their lives are in danger.

Ngariama MCA Erastus Ireri and Rose Njeru a nominated MCA also from Ngariama(where Waiguru hails from) said they are living in fear after leaflets were circulated warning them against criticizing Governor Waiguru.

“I want to go into hibernation because I do not know what these people are planning, I have told you If you no longer see me around, you know how things are,” said Ireri. 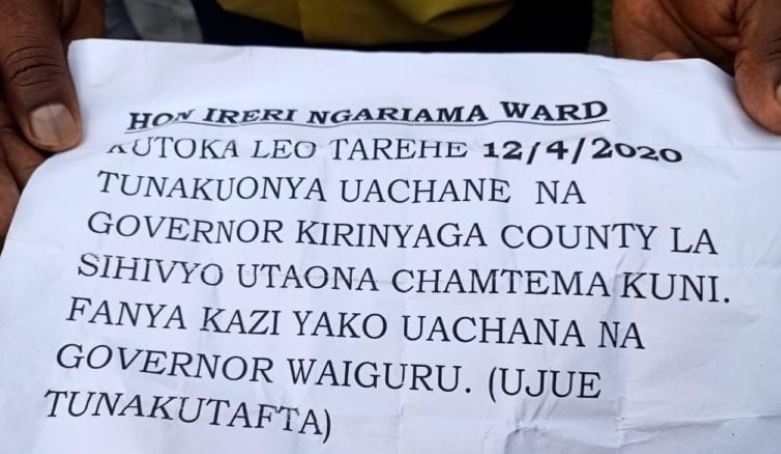 Uhuru’s Bodyguard “Complains of Embarrassment” After Being Arrested in Curfew Drama < Previous
Sonko’s ‘Hennessy Package’ Sparks Mixed Reactions From Kenyans on Social Media Next >
Recommended stories you may like: