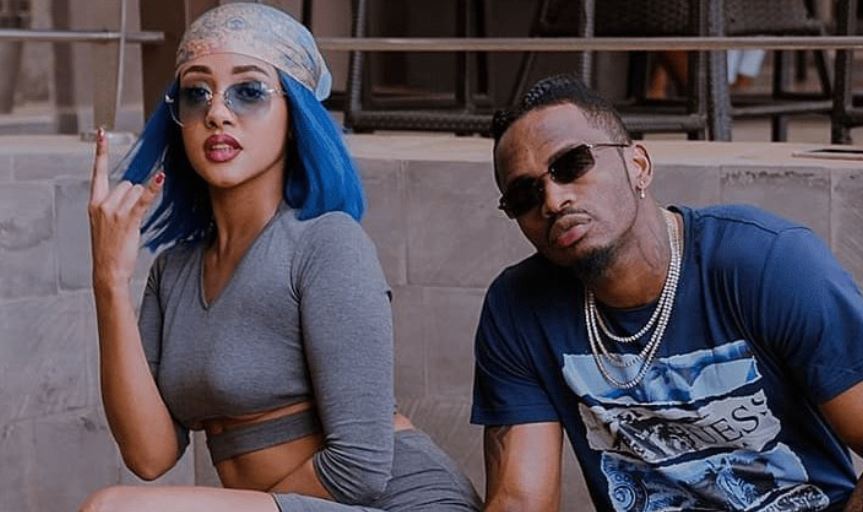 For the first time since reports emerged that all is not well in paradise, Bongo star Diamond Platnumz has spoken about Tanasha.

In a Q&A session on Instagram Live, a curious fan asked the musician about the whereabouts of the Kenyan songbird. “So where is Tanasha?” posed the IG user.

As you would expect, Diamond gave a noncommital answer saying that it is a private matter.

While the singer remains coy on their reported split, Tanasha has been giving out the biggest hints that she cut ties with Diamond.

In addition to unfollowing the singer and his family, Tanasha also edited out Diamond’s name from their son’s Instagram profile.

Ms Donna also deleted all the photos that had been uploaded on Naseeb Junior’s account that follows only 4 people, none of whom is Diamond.

Upcoming Songbird Wants to Marry Three Man, “I Have a Big Honeypot to Satisfy Them All” < Previous
Bungoma Man Allegedly Beats Stepson to Death For Wetting the Bed Next >
Recommended stories you may like: