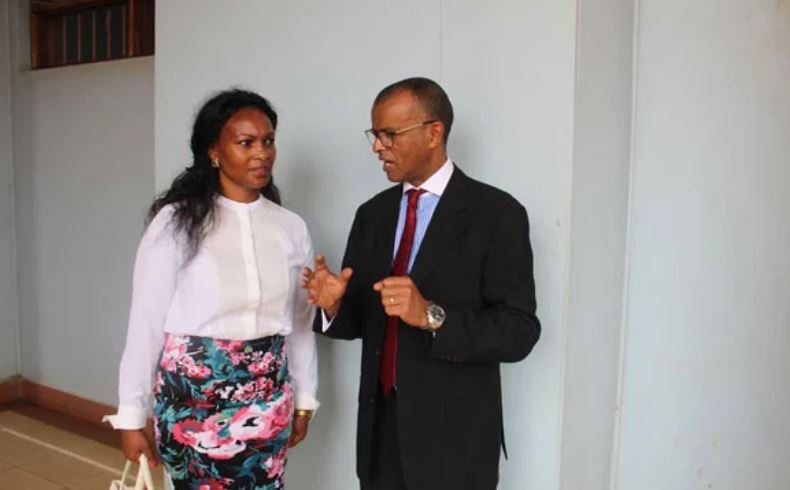 The High Court in Nairobi dealt a blow to Sarah Cohen on Monday after it removed DPP Noordin Haji and DCI boss George Kinoti from her succession case.

Justice Lydia Achode ruled that the pair have no interest in the Tob Cohen estate. “I find that the DPP and DCI cannot be enjoined in the suit because they are not dependents of the deceased,” said Justice Achode.

Last week, Sarah wrote to the court accusing DPP and DCI of illegally seizing her matrimonial home on Farasi Lane at Mugumoini Close in Lower Kabete.

Through lawyer Phillip Murgor, Ms Wairimu said DPP Haji and DCI Kinoti seized the property under the guise of ongoing investigations, alleging that it was a crime scene.

“All samples that the ODPP and DCI require have been taken, and countless photographs and video recordings made to ensure competent production of relevant evidence, if any, at the criminal trial, hence there is no need for further retention of the matrimonial home,” Mr Murgor said.

She further accused Kinoti of refusing to investigate the authenticity of her late husband’s will.

“We want the DCI to withdraw himself from investigating this case because together with his team, they have refused to investigate the forgery of the will,” said her lawyer Philip Murgor.

Justice Achode ruled on an application by Mr Haji for him and Mr Kinoti to be removed from the case in which they had been listed as respondents.

The DPP had sought to be allowed to leave the succession case saying his office does not handle such matters.

Diamond to Join Grammy Recording Academy After Hitting Studio With Alicia Keys, Swizz Beatz [Photos] < Previous
David Murathe Claims He’s In Charge of Jubilee Amid Tuju’s Hospitalisation Next >
Recommended stories you may like: