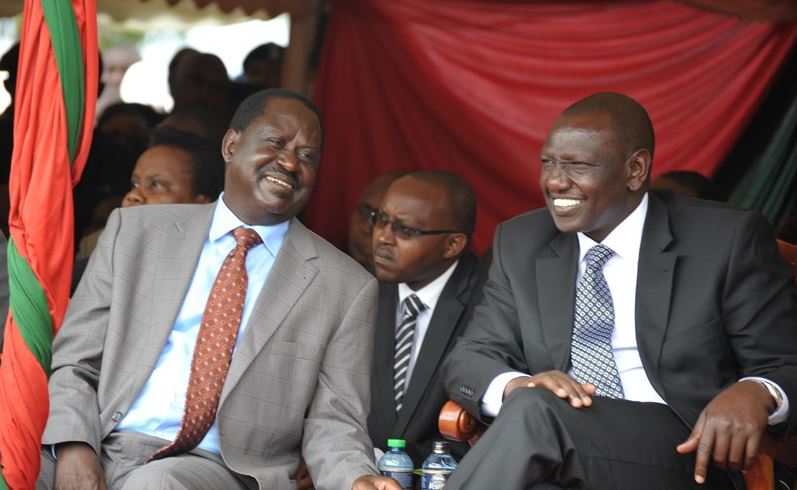 ‘BBI reggae’ cannot be stopped because DP Ruto does not have the range to stop the initiative, Raila Odinga has said.

This was in response to the Deputy President’s warning that the Building Bridges Initiative (BBI) rallies being held in various parts of the country will be stopped if they are used to propagate hate and ethnic profiling.

“This story we’re being told about nobody can stop reggae…if the reggae is what we’re seeing – the ethnicity that is being preached in BBI rallies, the ethnic profiling of communities, hate and the campaign pitting one community against another -, if that is the reggae they’re talking about, my friends reggae will stop. We will stop it,” Ruto said in Embu on Sunday.

But in an interview with KTN, Raila wished Ruto luck in stopping the “BBI reggae”. He noted that he was not worried by Ruto’s anti-BBI stance.

“Ruto is just one person among 47 million Kenyans, he initially said he would support BBI and then started blowing hot and cold but now he has said he will stop reggae, I wish him all the best,” Raila said.

The former Prime Minister further urged Ruto to wake up from his ‘stopping the BBI dream’. “The BBI train had already left the station and was unstoppable.”

Raila also noted that he was the one who introduced Ruto to the “change movement” and mentored him to hone his political skills.

The ODM leader told handshake critics to fasten their seatbelts for the BBI wave that would sweep across Kenya ahead of a rally in Meru over the weekend.

Govt to Roll Out Round Two of Huduma Namba Registration < Previous
The Trending Images This Furahiday Next >
Recommended stories you may like: