The 71 who were among 99 arrested pleaded guilty before Eldoret Principal Magistrate Naomi Wairimu on Monday.

The Court sentenced them to six months in prison with an alternative fine of Sh20,000 each. 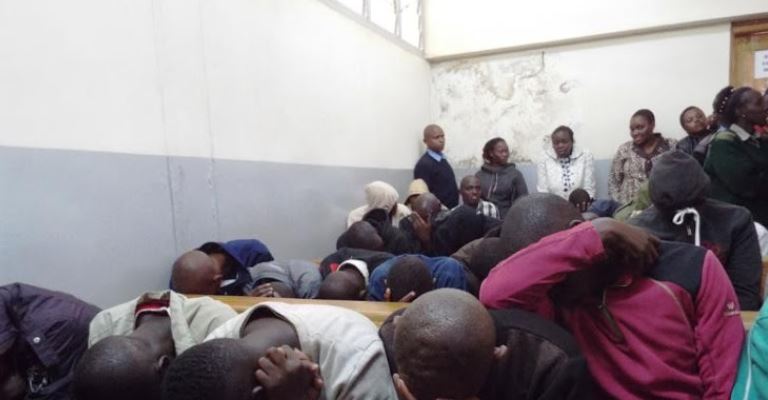 Each of the suspects had been charged with two counts of forgery and uttering a false document. Those who pleaded guilty were fined Sh10,000 each for every count.

On the first count, the court heard that on unknown dates at unknown place within Kenya the accused, jointly with others not before court, with intent to deceive made KDF calling letters purporting that the same was issued by the army.

The second count stated that they all uttered fake KDF calling letters to colonel P. Koech at RTS on January 26.

The case against those who denied the charges will be mentioned on February 24. 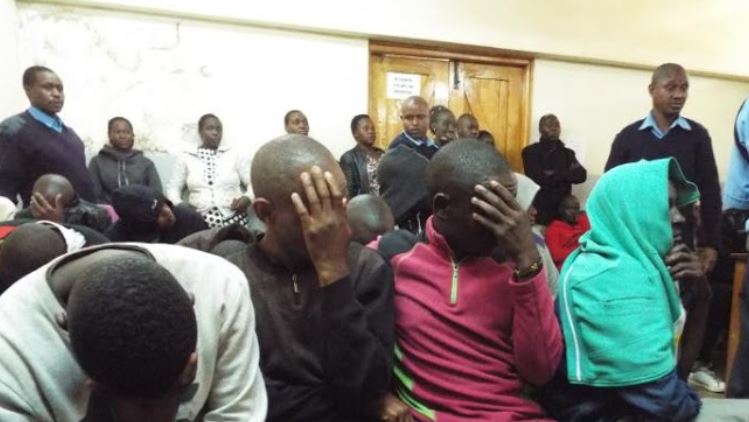 Ezekiel Mutua Goes After Matatus Screening ‘pure pornography’ < Previous
The Trending Images in Nairobi This Tuesday Next >
Recommended stories you may like: