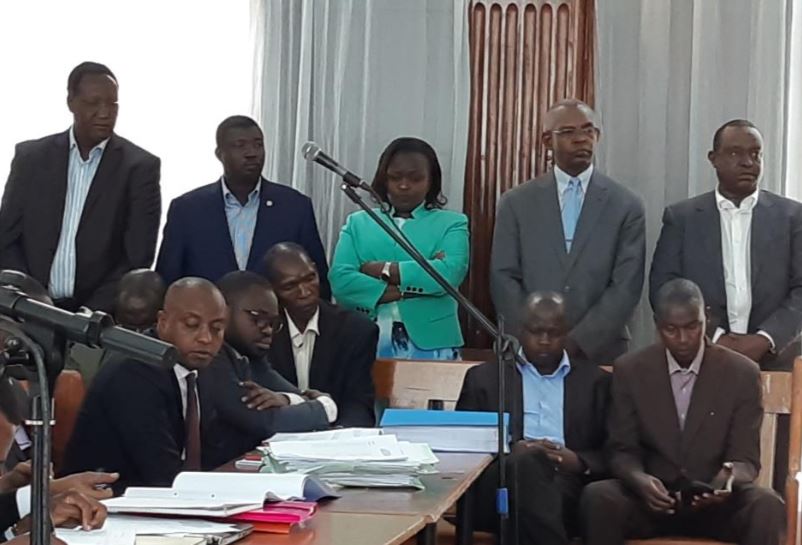 The multi-billion Arror & Kimwarer Dams case against former CS Henry Rotich has not been suspended as has been widely reported, the ODPP has clarified.

Director of Public Prosecution Noordin Haji released a statement Monday evening, hours after media houses had reported that the High court had temporarily suspended the prosecution of Rotich, former Principal Secretary Kamau Thugge and 27 other accused persons over the Ksh.63 billion Kimwarer and Arror dams scandal.

Haji explained that what the High court suspended was plea taking by one of the accused, Richard Malebe, until an application he filed challenging his plea taking is heard and determined on March 2.

The case will be mentioned on March 26 to allow for the conclusion of the matter.

On the said date, all accused persons will be exempted from appearing in court but will be required to show up in court on the date that will be issued.

Rotich and his co-accused are accused of conspiracy to defraud the government, failing to comply with procurement law and irregular procurement of insurance policy through single sourcing.

It is alleged they conspired to defraud the government of $244.4 million.

In July last year, they were released on a bond of Ksh.50 million with one surety of a similar amount or Ksh.15 million cash bail.

IG Mutyambai Replaces Static Traffic Officers With Patrol Vehicles < Previous
The Trending Images in Nairobi Today Next >
Recommended stories you may like: