Woman Stabbed in Breasts, Private Parts by Husband Wants him Back

A woman from Kakamega county is nursing injuries at the Mbale Hospital in Vihiga County after she was allegedly stabbed in the private parts and breasts by her husband.

Lucy Moraa, 31, said her husband, Ephraim Malenge, attacked her at their Lunza Village home in Butere on Tuesday after she declined to give him money to spend on alcohol.

“He [Malenge] came home and told me to give him Ksh40. I said that I did not have the money. He, thereafter, responded, warning: ‘You either give me the Ksh40 I am demanding, or I behead and walk around the streets carrying your severed head’. I thought he was joking, but, nonetheless, I gave him the Ksh40,” Moraa told reporters from her hospital bed. 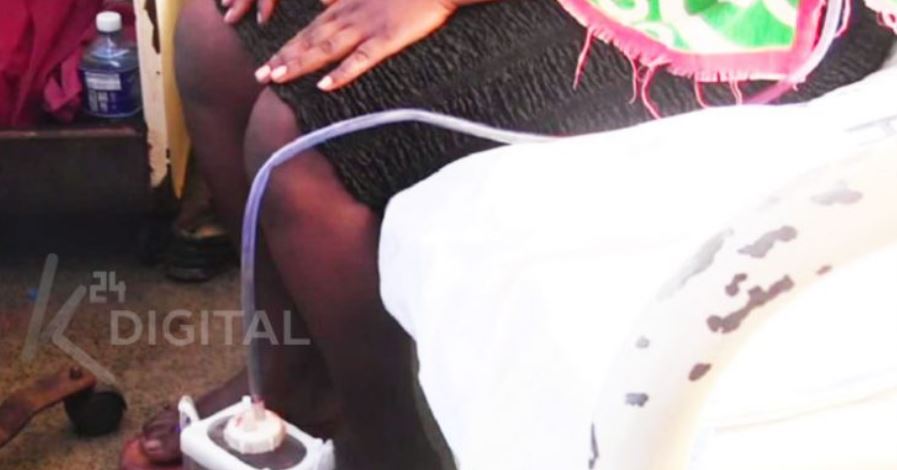 The mother of two continued: “He left, but returned home minutes later. He found me carrying a purse, and ordered I give him the money that was in the bag so that he could go drinking. I declined, telling him that the money in the purse was our children’s school fees.

“It was at that point that he reached for a kitchen knife and stabbed me in the chest and private parts. He even attempted to attack our child with the knife, but the baby was rescued by neighbours.”

Moraa further told K24 TV that despite her marriage being marred by physical abuse, she still wants Malenge in her life.

“He has formed the habit of seeking forgiveness every time he wrongs me. After a significant period of marital peace, he, again, goes back to his old habits [of violence]. I am still ready to accept him back, but he has to apologise to my family and assure me that he won’t mete out violence on me, again. I want him in my life because he is the father of my children,” said Moraa.

The suspect is yet to be arrested because Moraa has not filed a formal complaint with police.

Munya Shows Kiunjuri How It’s Done, Announces Locust Control Strategy < Previous
The Top Stories on the Internet Today (Friday January 17) Next >
Recommended stories you may like: