Rains to Continue for the Next 7 Days – Met Dept 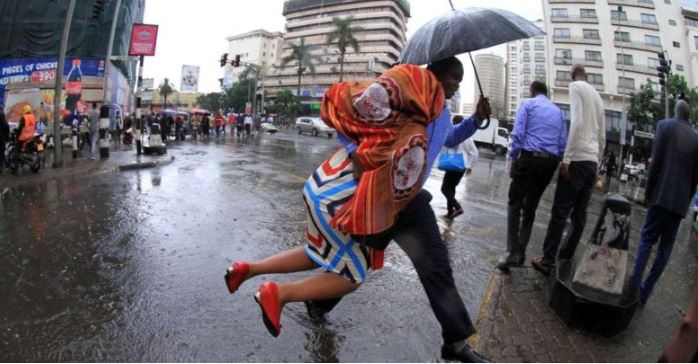 The Kenya Meteorological Department has predicted light to moderate rainfall in many parts of the country for the next seven days.

The weatherman released a forecast on Tuesday indicating that the heavy rainfall being experienced across the country will reduce in the coming days.

The southern half of the country is likely to receive moderate rainfall for much of the forecast period. Light rains are likely to be experienced during the early morning hours in Nairobi, Nyandarua, Nyeri, Murang’a, Kirinyaga, Kiambu, Meru, Embu and Tharaka.

The southeastern region is likely to receive heavy rainfall on Tuesday and Wednesday while the Northeastern and Northwestern parts of the country are likely to be mainly dry.

Turkana, West Pokot and Samburu counties will experience sunny intervals in the morning hours and clouds during the night for the next seven days.

The Lake Basin region, Central and South of the Rift Valley are likely to record evening showers and thunderstorms in few parts over the focus period.

The Top Stories on the Internet Today (Wednesday January 8) < Previous
WEDDING BELLS for KTN Journalist Who Nearly Committed Suicide after a Nasty Breakup Next >
Recommended stories you may like: