‘I Will Not Apologise’ – Alice Wahome Defends Anti-Uhuru Remarks 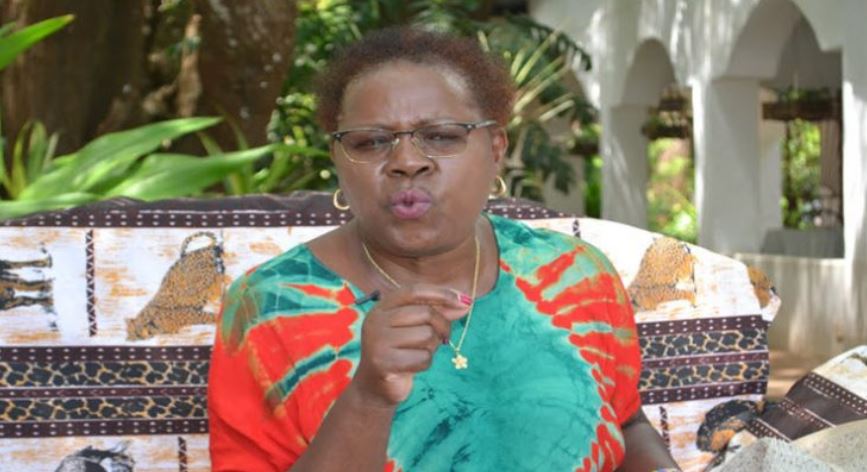 Kandara MP Alice Wahome has said that she will not apologise for speaking her mind after coming under fire for attacking President Uhuru Kenyatta.

Speaking during a fundraiser for bright but needy students at Kagombani Primary School, Wahome said was exercising her democratic right to speak about what is ailing the country.

She claimed has been threatened and told to apologise but vowed that she will not be cowed by anyone.

“For the last two or three days, I have been in the news a lot talking issues about President Kenyatta whom we love. His 10-year term is coming to an end and when he finishes another one will take over,” she said.

“If you say there is famine, terrorism, economic challenges, financial constraints business problems it’s your freedom to speak,” the MP said.

“I have seen people complaining because of touching on a small issue of saying going forward, let people decide on the political ground…its good people choose who they want,” Wahome added.

The MP’s supporters were moments into a media address when a rival group stormed in and disrupted the proceedings at Golden Palm Hotel, Kenol. The ugly scene was witnessed during a live broadcast on TV. Watch part of it below.

All The Trending Images This Tuesday < Previous
Killer Kakamega Chicken Slaughtered at the Grave of 6-Month Old Baby Killed on Christmas Next >
Recommended stories you may like: