Woman Rep Thrown Out of Parliament For Bringing Newborn Baby

Christopher Omulele, who was serving as the speaker, termed the move unprecedented and ordered Ms Hassan to withdraw from the chamber saying it is not the right place to take care of her child.

A section of lawmakers supported Ms Hassan urging her to stay put but the speaker called the sergeant-at-arms to evict Ms Hassan who by then was being shielded by her female counterparts.

“As much as she has a right to take care of her child, this not the right place, I therefore direct that you immediately withdraw from the chambers,” Mr Omulele said. 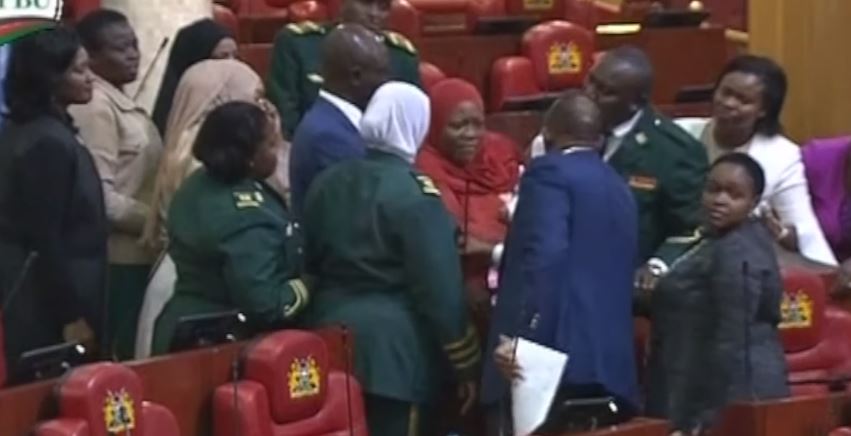 Majority Leader Aden Duale called out the Sergent at Arms for allowing the Kwale lawmaker to walk in the chambers with a baby. “All of us have children, this House has a stranger and it has never happened since 1963,” the Garissa Town MP said.

Addressing journalists outside Parliament, Ms Hassan explained that she got an emergency and had to come with the seven-month-old baby to Parliament.

“I had an emergency and decided not to miss work but come with the baby. She is not an atomic bomb and can’t explode,” Ms Hassan said. 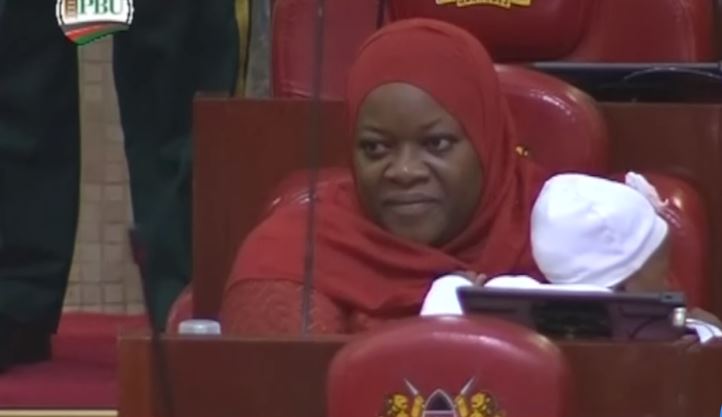 The woman rep also pointed out that there was no family room for lactating mothers who are parliamentarians and other staff members.

In 2013, MPs passed a motion directing the Parliamentary Service Commission (PSC) to set aside a room within Parliament buildings for breastfeeding mothers. However, this is yet to be achieved over six years later. 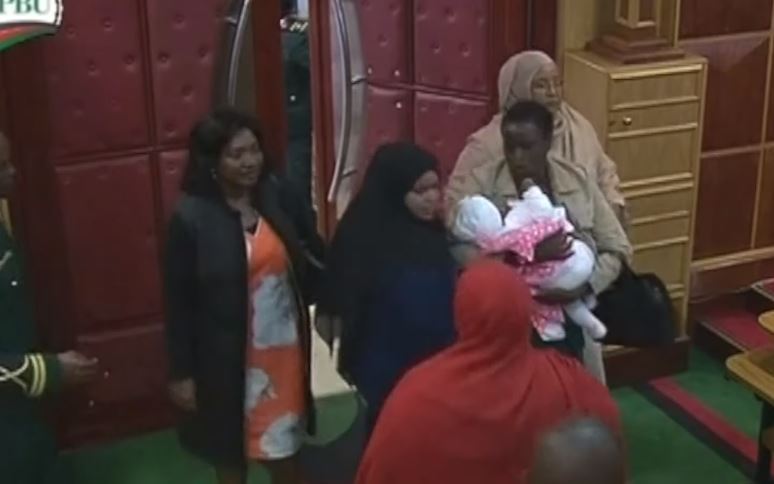 The Trending Images on Twitter Today < Previous
Wanyama Sues Firm Over Tweet that Sent Best Wishes to Harambee Stars at AFCON 19 Next >
Recommended stories you may like: