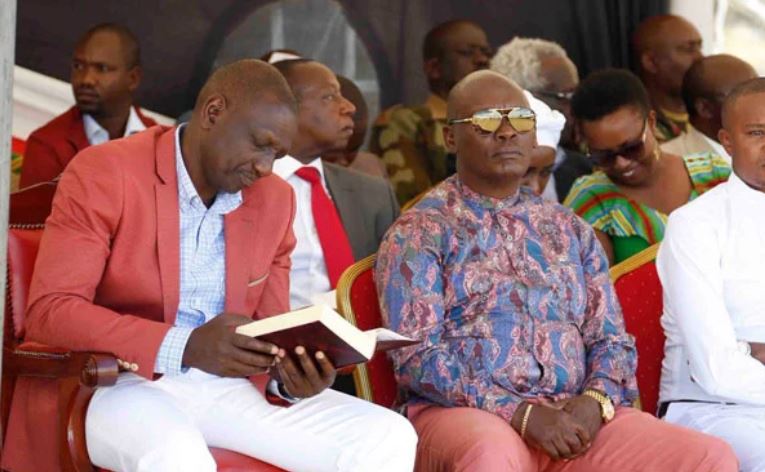 William Kabogo says he has witnessed MPs allied to DP Ruto, otherwise known as Tanga Tanga, being given Sh50,000 each to accompany the Deputy President to a fundraiser.

The former Kiambu County Governor was reiterating an earlier remark he made during the funeral service of the late John De’ Mathew where he challenged DP Ruto and ODM leader Raila Odinga to stop early campaigns.

Kabogo claimed that Ruto’s frequent tours were not about development, but were early campaigns that were taking up the time that should have been used in formulating policies.

Ruto would later deny the allegations, telling President Uhuru Kenyatta that Kabogo was being unfair to him.

Speaking during an interview on Kameme TV, Kabogo responded revealing why ‘Tanga Tanga’ MPs always give out Sh50,000 when they accompany DP Ruto on harambees.

“You cannot be moving around the country purporting to launch all manner of projects. When will the government projects work? I always wonder, for example, what would a Kiambu MP be doing in Turkana every other weekend?”

“I have attended such harambees and I saw them being given 50,000 to add on to boss’ harambee contribution. It is not their money. Ask yourself why they always give 50,000,” Kabogo said on Tuesday.

Kameme TV presenter Njogu Njoroge then put Kabogo on the spot, posing: “But I have seen you with the DP at a harambee in Kuresoi?”

To which Kabogo responded saying: “But I have money, I have my own money my friend.”

The former county boss also lauded President Kenyatta’s efforts in the war on corruption, saying he was sure those implicated in graft deserved no mercy.

The Trending Images in Nairobi This Friday < Previous
Sonko’s Daughter Adopts Baby Girl After Visit to Children’s Home Next >
Recommended stories you may like: