“Mouth is not a Genital Organ,” Magistrate Says as Uber Driver is Freed 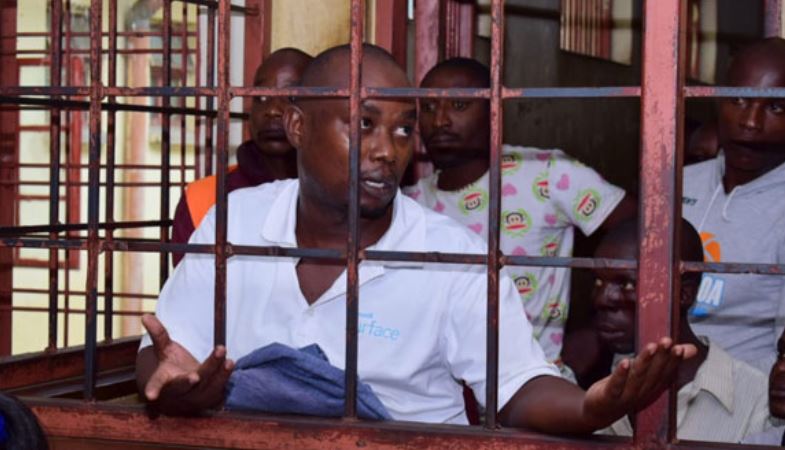 An Uber driver who was arrested for sexually assaulting a 13-year-old boy in Nyali, Mombasa is a free man, at least for now.

Fredrick Mungai Njenga, 33, was arraigned at the Shanzu Law Courts on Wednesday. He however did not take a plea after the court faulted the wording on the charge sheet.

Senior Resident Magistrate Yusuf Shikanda told the prosecution, “According to law it is not “indecent act” since mouth is not a genital organ. Get a proper charge.”

The Court released the suspect on Ksh.50,000 cash bail and ordered the prosecution to rewrite the charge sheet and return to court on July 23 for plea taking.

The suspect is accused of locking the class 8 pupil inside his taxi as he drove him home from school. He reportedly undressed the minor and forced him into oral sex.

The incident occurred on July 15 at Bombolulu area and was reported by the boy’s mother.

She said the Uber driver had been scheduled to pick up the boy and drop him at around 6 pm. The suspect is said to have stopped the car about 50 metres from the boy’s home and locked the doors and windows.

The boy’s aunt, who had requested the taxi, became concerned after the ride took too long. She went out to check on the car and found it parked by the side of the road a few metres from the house.

When she asked the driver why he took too long, he told her that the boy had forgotten the direction to his home.

The boy later narrated what had happened to him to his parents who reported the matter at Nyali Police Station.

Police officers on Tuesday tracked Njenga’s phone signal and traced him to Nyali Mall where he was arrested at around 10 am.

The boy was examined at Coast General Hospital and discharged.

Nairobi Orders CBD Buildings to be Repainted For the Third Time This Year < Previous
Nairobi Man in Court For Insulting His Girlfriend ‘Slaying Dog’ Over a Bet Next >
Recommended stories you may like: