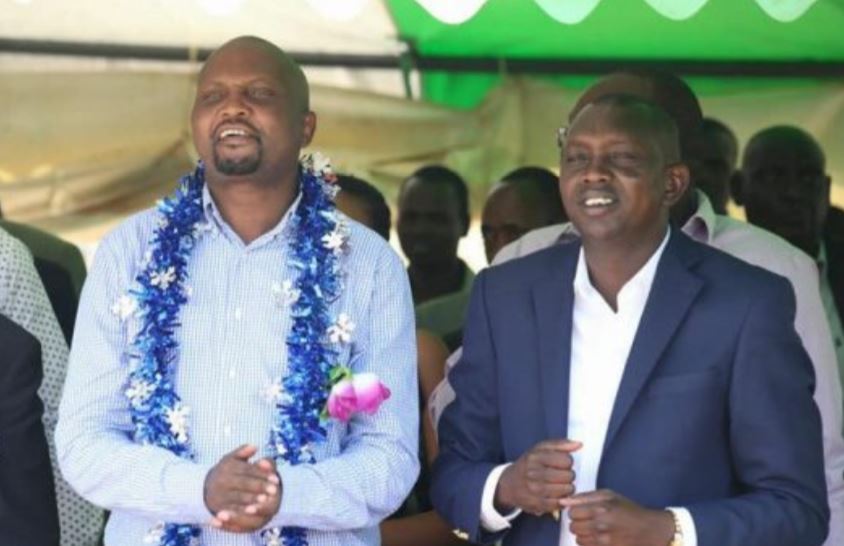 To say the least, Moses Kuria does not want to be Oscar Sudi’s running mate when he ‘takes over the presidency from Uhuru Kenyatta for 3 months’.

The controversial Gatundu South Mp retorted to the offer by his equally controversial Kapseret MP saying he does not want to be involved in his stupidity.

Oscar Sudi had on Wednesday blasted his bosses President Uhuru Kenyatta and DP Ruto, asking them to resign and let him take charge of the country for three months. Sudi said he would make a better President, with Moses Kuria as his Deputy President.

“Within three months, I can do better. I will get a deputy like Moses Kuria and we will perform better,” Sudi said in Eldoret.

Kuria was, however, quick to rebuff any association with the rabble-rousingMP. “To Oscar Kipchumba Sudi. Do not drag me into your stupidity,” he said.

The outspoken Gatundu South MP went on to add: “I fight my battles in courts silently and with deference to the rule of law and the supremacy of the constitution. No one helps me and I do not expect anyone to expect my help.”

“The matters you refer to are now subject of the court and so clearly your comments are sub-judice. Let me give you unsolicited advice. Your comments make many people to wonder how you would behave if you are allowed 50 kilometers radius from a future State House.”

On Wednesday, Sudi also claimed that Uhuru’s friendship with DP William Ruto has ended and they are engaging in a fake political union.

He said Uhuru has turned against his own friends in Jubilee, and is sacrificing them in the name of fighting corruption.

“I have asked the President to forgive Kalenjins if we offended him but now I have to speak the truth,” he said.

Kenya’s Donkeys at Risk of Extinction By 2023 < Previous
Top Nairobi Lawyer in the Dock for Beating Up Wife Next >
Recommended stories you may like: