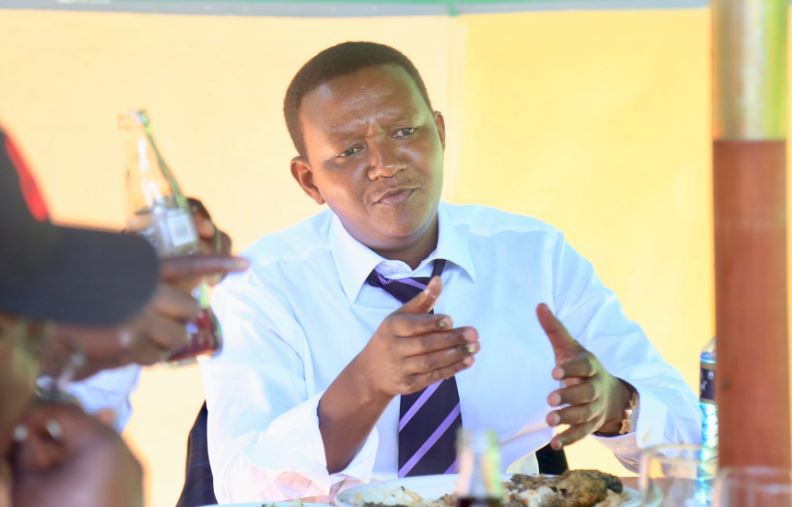 While urging leaders eyeing the presidency to focus on positive development agenda and shun divisive politics, Mutua said he will reveal his coalition partners at the right time.

“I urge my colleagues who also have ambitions to declare as they have but to first concentrate on developing the country and not spend their energies in endless campaigns and stealing of government resources that some are engaged in,” he said on Thursday.

“In 2022 I will vie to become the 5th President of Kenya. There is nothing wrong with that. But I am not consumed by a desperate campaign and politicisation that is slowing down our economic growth,” added Mutua.

The ‘Maendeleo Chap Chap Party’ leader said his priority was to deliver services and preach unity to Kenyans.

“We are, however, not touring the country polarizing our people. When the time is right, we will present ourselves to Kenyans and offer the better alternative. However, in the meantime, Kazi ya wananchi kwanza.”

The former government spokesman noted that he is in serious talks to form a powerful coalition with like-minded leaders.

“They can quietly organize themselves without tearing the country apart. I am personally in serious discussions with critical leaders for a strong partnership come 2022 elections. Our coalition of like-minded and motivated leaders will be one whose interest is Kenyans first.”

Mutua was speaking at the launch of model community health program in Isiolo on Thursday.

Alaine Finally Responds to Willy Paul But It’s Not What He Wanted to Hear < Previous
What Raila Said About MPs’ Push For Increased Salaries and Allowances Next >
Recommended stories you may like: