A Form 2 student at Don Bosco Secondary School whose body was discovered in a pit latrine could have been killed elsewhere, police have intimated.

According to Nyamira County police commander Catherine Mugwe, the body was planted in the toilet at the school.

“It is possible the body was got from elsewhere and dumped at the site because a body can not stay for that long at the scene without giving out a bad smell as the school was still on,” she said.

The deceased, 16-year-old Wycliffe Okio, had reportedly gone missing from the school since May 19, 2019. The School Principal Mr Samuel Mabeya, through OB number 43/3/6/2019, said he learned of the disappearance 12 days later from the class teacher.

At around 5 pm on Monday last week, a security guard identified as David Nyambane Osongo sensed a foul smell coming from the toilet used by teachers. It had been locked from the inside and after peeping inside, he saw a body lying on the floor.

Detectives and education officers who visited the scene found the decomposing body with hands tied. Police said the body had visible injuries and a loose mosquito net was hanging loose on the rooftop.

The father of the deceased, Mr Robinson Mayieka, told reporters he was called on Thursday last week and informed that his son had sneaked out of school and his whereabouts were unknown.

“This is a lie that my son died in the pit latrine, the school administration must explain how he died. The Ministry of Education and that of Interior must come and tell us on who killed my son,” said a tearful Mayieka. 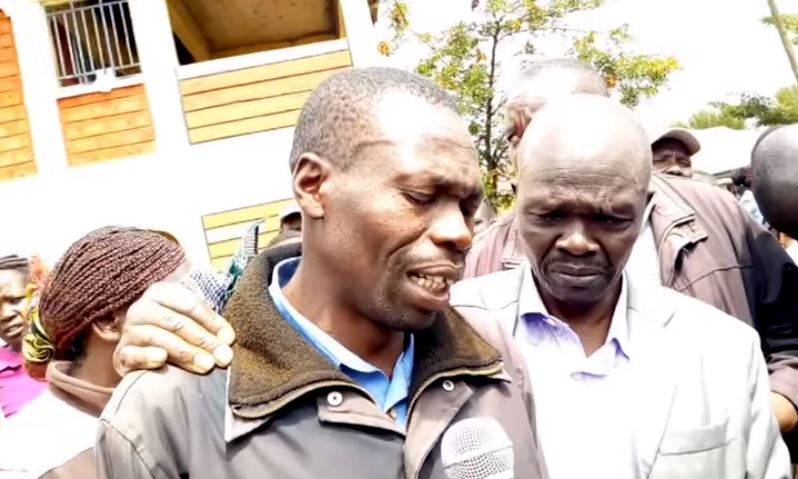 AFCON 2019: Michael Olunga Looking to ‘Make Kenyans Proud’ in Egypt < Previous
Hamisa Mobetto Wants ‘7 Children’ But She’s “Not Ready for a Relationship” Next >
Recommended stories you may like: