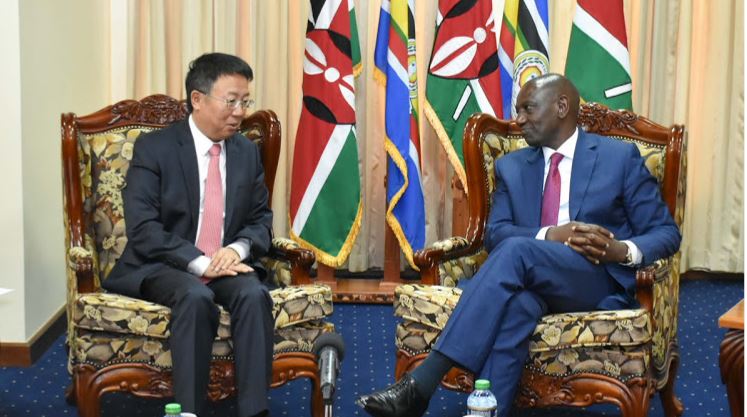 Speaking during a meeting with DP William Ruto on Thursday, Peng said Chinese lawbreakers will face punishment in both countries.

“Our citizens must respect the rule of law in Kenya. They should do the right thing and get permits and licences where necessary,” Peng told the deputy president.

“If Kenyans have concerns about the Chinese, let us know; we must follow the order of the locals,” he added.

The ambassador said he is keen to make Kenya-China relations flourish. He said China would not allow a few people that cause trouble to ruin the cordial relationship shared by the two nations.

Additionally, Peng said Chinese people should not do work that can be done by Kenyans.

In agreement, Ruto said he did not expect the Chinese to engage in activities, such as small businesses, that most Kenyans draw their livelihoods from.

“Kenya is run by the rule of law. We, therefore, expect the Chinese to adhere to them, and where there is lack of clarity, seek guidance from authorities,” he said.

The DP also urged the business community to diversify their trade in a bid to bridge the negative balance of trade with China.

“Our focus is to enhance market access to China and more foreign direct investments from China to balance the trade.”

It’s Not a Must I Be a Presidential Candidate, DP Ruto < Previous
Nyeri Woman Stabs to Death Robber Who Attempted to Rape Her Next >
Recommended stories you may like: