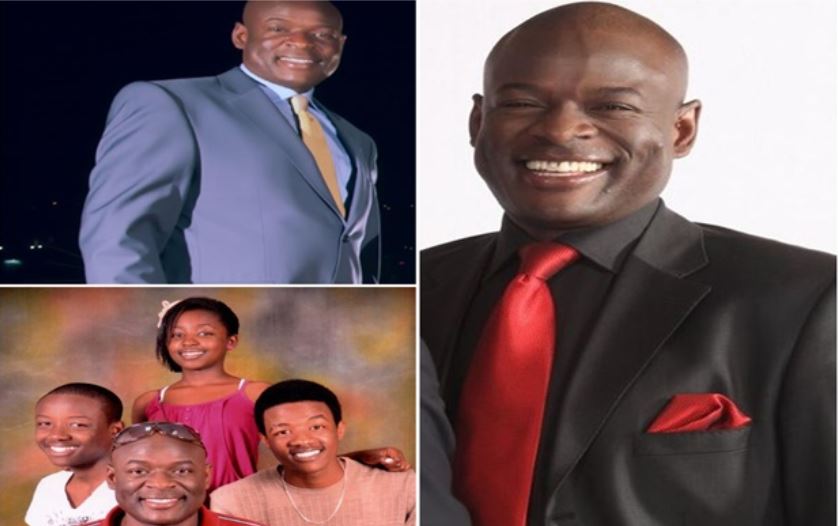 Former Citizen TV news anchor Tom Mboya was once a force to be reckoned with in the media industry.

Mr Mboya left a six-figure salary job in the hospitality sector and wrestled his way into the media industry. His first salary in media was Sh 7,200 but soon enough his gamble paid off and he quickly rose through the ranks to become a globally recognised journalist.

Tom Mboya has received worldwide accolades including the coveted CNN African Journalist of the Year Award in 2012. In 2013, he received the Global Leaders Award as more doors opened for his career growth.

He was poached by K24 TV from Citizen TV and offered a better paying position. However, it did not take long before his world came crashing down when he was shown the door.

In an interview with Sunday Magazine, Tom Mboya retraced his journey in media, battle with alcoholism, single fatherhood, and what he has been upto lately.

You were once a big deal News Anchor. Even feted by CNN. Then poof! You disappeared. What happened?

When you receive global awards, you feel it is a vote of confidence in your ability to get the job done. But just as fast, I was let go at K24TV. I was at my peak and suddenly I didn’t have a job. That left me thoroughly confused. I had just come from being the best in Africa, almost the best in the world, and this is recognition by reputable institutions like CNN and so on. They are telling you they are happy with your work, they have endorsed you. That you are the one. Given you a gold medal. But then somebody else thinks ‘nah, it is time for you to go’. Trying to reconcile those two things was tough. When you do not have a contingency plan and then you lose your job and you are an unmarried parent – it is very tough.

Alcoholism rumours plagued your career. What was that about?

True, alcohol was a part of my journey. It almost destroyed me. I have been sober for 10 years now though.  My dad also struggled with alcohol. I thought the tipple was cool; you have a good job, you have money, so you drink! It becomes a habit, then you start to use it as a coping mechanism and before you know it, you are stuck in it.

Congratulations on staying sober! How did you do it?

I got pancreatitis. I was hospitalised for some time and was in a coma for a month. There is a topic in Economics called Commitment Advantage that something bad sometimes happens to you to protect you. It was because of pancreatitis that I had to stop drinking. If it had not happened, I would be dead. Alcohol was going to kill me. I had to fix myself and I am so proud  that I managed to subdue alcoholism. I really feel good about it. I also thank God for my family. They stood by me. I am alive because of their attitude towards my struggles. This experience reinforced a lesson I learned from my dad. That no matter what life throws your way, good or bad, confront it with tenderness, because ultimately it is love that leads.

Do you consider yourself a happy person?

I have had a difficult past and just like everyone else, I hope that I will finally get love and respect. I am at a place in my life where I hope I will ultimately be happy. It has been tough for me. I know it takes a lot. I think happiness is an inside job. So I am in the process of doing that. Once I fix it, I know I will attract the best.

Feels like you have been attracting the wrong people into your life?

I am running away from the Tom Mboya of TV. He does not exist. I want people who will come to me and not to that TV guy. That guy was part of a production. A script. I want someone to come and find this guy who is spiritual, an extrovert, the guy who goes to church on Saturday, who sits down and plays with his children… that’s me. This other TV guy in suits and what not, was just part of a script.

Out of everything that has happened to you, what could you say has been your toughest experience?

Asking me if I have had challenges is like asking if the Pope is Catholic. My unceremonious exit from the media wasn’t the worst thing that happened to me. Or even the painful loss of my father when he was just 46. It was when my second son Shaka was brutally attacked and left for dead that I felt the gates of hell were open. It happened around Golden Gate in Nairobi.I still remember picking him up in my arms and taking him to Nairobi Hospital. Just seeing him in that state really weakened me. It was a very low moment for me. I would not want any parent to see their child in that state. He went through surgery, got 300 stitches on his face and had 17 procedures on his jaw. I am grateful to God and to professor Simon Guthua, the maxillofacial surgeon who performed the procedures.Today you cannot even tell that he went through all that. It turned out to be one of his friends who had orchestrated the attack after they disagreed. So sometimes the one you are taking a bullet for is the one pulling the trigger. The matter is still in court. The attack on my son happened when I was in the process of exiting the media industry. My son in the hospital and my job was gone – it was tough. 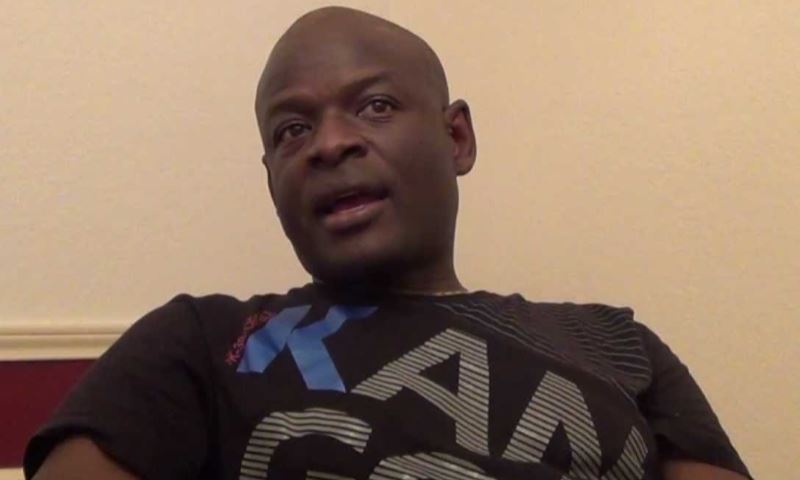 How did you cope with the attack and loss of job?

I got a book called Halftime: Moving from Success to Significance by Bob Buford. It talks to you about the importance of halftime like in soccer. Why it is good for the heart and good for the mind. And then I started to convince myself that maybe my halftime has come. So I started to have a conversation with myself that was positive and encouraging. So here I am! Doing my halftime! I also thank God for friends and family around me.

At almost 50, it is also halftime in the literal sense, like half a century. Do you feel 50?

Sometimes when I am hanging around my children I don’t feel it much. Most people actually think I am their older sibling. When I am with them, I feel like my jabs are still strong, I still have my dancing shoes on, but when I am in my quiet, private moments and reflecting deeply, I do feel the 50 years. For me it is about trying to reconcile those two worlds, and saying, going forward, this is how I am going to do things differently.

Speaking of children, how many do you have?

I have six children, aged between seven and 24. I have been an unmarried father for many years. The mother to my first three children left about 15 years ago. We got the children when we were quite young. I don’t think we understood the matrix of marriage then. We made many mistakes. She left and I stayed with the children. So there were a couple of years where I played dad and mum to the three children until they themselves started telling me that I looked like a very lonely guy. Then I met someone else and I was blessed with three more. I am still an unmarried father.

Did she not want custody?

I don’t know. Maybe one day I will ask. But we still talk. I made it a priority that the children had to see their mother so that meant I had to drop them to spend weekends together and so on, because I think children need that balance. We may have had different worldviews but children do not have those views. What they want is stability, so I made sure that although our worldviews were different, the children were getting what they need in life. Being an unmarried dad wasn’t easy though because it coincided with the rise of my career profile. So every time I appeared on air with a smile, I was nursing a lot of turbulence, deep down inside.

Are you in a relationship now?

I am in fact engaged now to my lovely girl Shufaa. After that first separation, I have been trying to figure out what happened and I have been a bit more cautious, trying to get the right matrix so that when we get there, it truly works out.With this one, we are still working on convergence, because she arrived with hurt, just like I did. Marriage takes a lot of things – what I call the virtues of life. You need compassion, patience, a high tolerance index and so much more. I hope we figure it all out.

So what are you up to now?

mentor people. It is not structured, but it is happening. Somehow, I am there at the right time, talking to groups of people, setting down issues and they are listening and receptive. Most importantly, I am doing my halftime. All the things I have done, including those awards, are external. This is the space and time and moment I have found where I am going in. I am fixing things inside. That to me is more important than saying I work for such and such organisation. For me it is not who I work for, it is what I can give, especially of myself.

Does it bring you money?

It is tough without a regular stream of income but one can survive without being an employee.  Occasionally, someone will call and say a certain organisation is launching something and they would like me to help, so I get some money.   It has not been easy though, but I now have this knowledge capital, coupled with expertise that if put together can help institutions, companies and colleges do great things and I charge for it. When you are coming from a media background sometimes it takes some time. After I go through my halftime, I believe that my second half will be bigger, better and stronger, moving in the direction I was intended to move.

Do you have regrets?

In life, when you look back in retrospect, you may have lost something valuable, but you pick the lessons from it. I think in God’s scheme of things, it is OK. You fall down seven times, wake up eight. Those mistakes are part of success. So instead of spending that energy regretting, why don’t I spend that energy making a difference in other people’s lives?