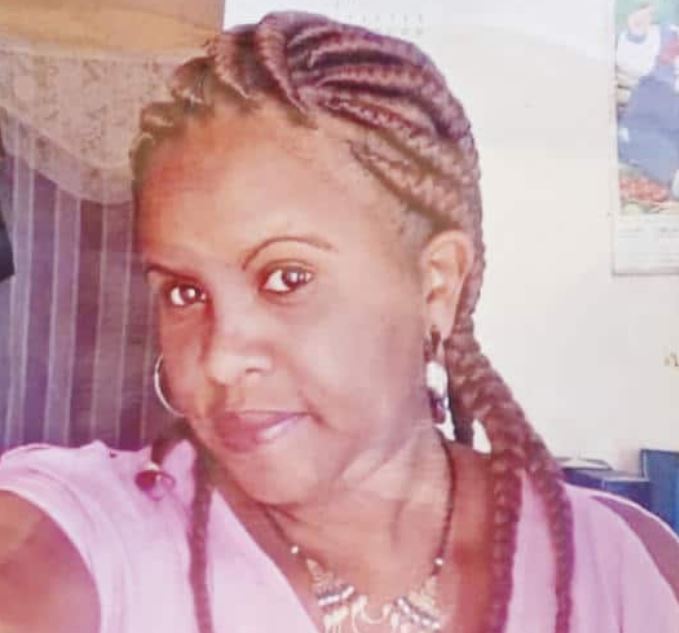 A prison warder attached to Nakuru GK Prison who had been reported missing by her family has been found dead.

The deceased, Caroline Jepchirchir Chesire went missing early April 3 after a night out with colleagues in Nakuru town. She was last spotted with two colleagues at one of the entertainment joints in the town.

Jepchirchir was found lifeless in a thicket at Githioro Village in Subukia, Nakuru County on Wednesday evening.

Her body had bruises, indicating she was tortured before being brutally killed.

Preliminary investigations show Jeochirchir’s body was thrown down a hill before landing in the thicket.

The shoes she had been wearing were spotted by a child near the scene.

Her father, Micah Chesire, is inconsolable and deeply pained by the loss. He had tried reaching his daughter on phone several times, but it in vain.

“We were planning a family meeting, and I wanted her to come. However, we couldn’t reach her on phone, prompting us to alert authorities,” said Mr Chesire, a police officer stationed in Kericho County.

“We were told that a body of a middle-aged woman had been recovered in Subukia and taken to a mortuary in Nyahururu. We went there and confirmed it is our daughter. This is so painful,” added the distraught father.

According to Rift Valley Regional Prisons boss Dancun Ogore, a male prison officer who was last seen with Ms Chesire has been arrested. He has been identified as Joseph Kairu.

A police hunt has also been launched for a second officer wanted for questioning.

The Prisons boss said April 9 was the seventh consecutive day Ms Chesire was missing from work.