Living with HIV: My Fiance ‘Postponed’ Our Wedding Before He Married My Colleague 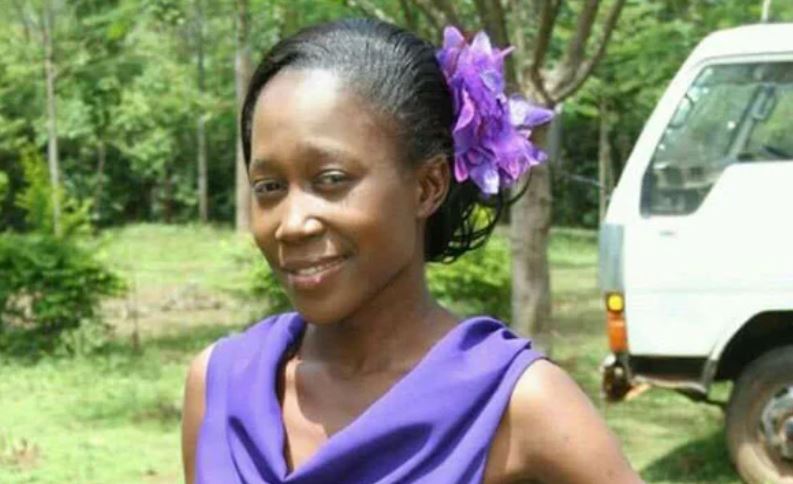 30-year-old Angela Odiaga is the epitome of rising above HIV. Ms Odiaga tested positive for the virus at the tender age of 17.

She hadn’t been intimate with any man and neither had she contracted HIV through contact between infectious fluids and bleeding cuts or open sores in the skin.

It was not until her mother suggested she gets tested when Odiaga learnt that she contracted the virus as a toddler.

She shared her story with Saturday Magazine;

“At the age of 17, I fell seriously ill after completing my secondary school education. The same year (2006), my mother suggested that I should take an HIV test.

At first, I found it absurd that she should make such a suggestion because I had not pierced any part of my body or got intimate with any man. I flatly refused.

However, her words kept seeking audience with me and I wondered why she would make such a recommendation. Is there something that I did not know?

A few weeks after recuperating, I decided to go to the hospital and get tested. I was HIV positive! My mother explained that I had contracted the virus when I was two years old through a blood transfusion.

The doctors advised that I immediately start taking ARVs but to be honest, it was not easy accepting my condition.

Although my immediate family members were very supportive, I couldn’t get myself into accepting the life-changing news. I was in denial, and for several months I was on and off medication.

At one point, I decided to find strength by opening up about my condition. I started with my closest friends, before testifying in church.

The news spread fast and it was heartbreaking. While in college, some of my female schoolmates did not want to see me engage or close to their boyfriends because of the condition. They openly claimed that I would end up infecting them with the virus.

Such was a young man who had accepted the situation and wanted me as his wife. We started dating and planning for our wedding.

In 2016, the worst and most hurting experience happened. I was set to get married but that didn’t materialise.

I recall on a particular day in May 2016, my parents and I met with my then-fiancé and his parents. A counsellor and the would-be officiating minister were present.

We had met to pick a convenient day for the wedding in the month of September. But even before we could get into the agenda of the day, my ex-fiancé’s parents expressed their disinterest and worry.

They said that I was out to ruin their son’s life by infecting him with the virus.

The meeting did not go well so he suggested that we shelf the wedding plans until he was able to convince his parents. He was a medical doctor.

I am very open about my status and I was hoping to get into a family that openly accepted me and saw beyond the HIV status.

Their blessings were also necessary to me, so I agreed with the idea of postponement. Sadly, the man would later get married to my colleague and a woman I attended the same church with.

During this time, while I thought he was in talks with his parents about our situation, he was in constant communication with the woman.

He mentioned that he was sponsoring her choir for an event, but little did I know that marriage plans were happening right there under my nose.

I felt alone, rejected and lost several people of whom I had considered to be my friends.

However, looking back, this chapter of my life has shaped me to the person I have evolved into.

I have had to walk a tough journey of self-acceptance and I think I am at a happy place and open to love again.

In as much as I have lost many friends along the way, I have also gained others who have helped and embraced me with much love.

I have also found strength in my adopted daughter, whom I had been living with since 2015 and took sole responsibility for when her mother passed on in 2017.

She has given me a reason to stay healthy and ensures that I take my medicine and eat healthy food.

Presently, I belong to an organization, Ambitious Girls 254, where I am the ambassador for HIV de-stigmatisation, a role I play even in my capacity as health records and Information officer at a local private hospital.

I do not want anybody else to experience what I went through, and I am also keen on sensitising the society about embracing and treating people living with HIV and AIDS with love and respect.”

What Njoki Ndung’u Said About Plan to Lower Age of Sexual Consent to 16 < Previous
Jimmi Gathu: At the Top of My Career, I was Told I was Not Needed Anymore Next >
Recommended stories you may like: