Woman, 50, Who was Released on Bail Rearrested For Marijuana Possession 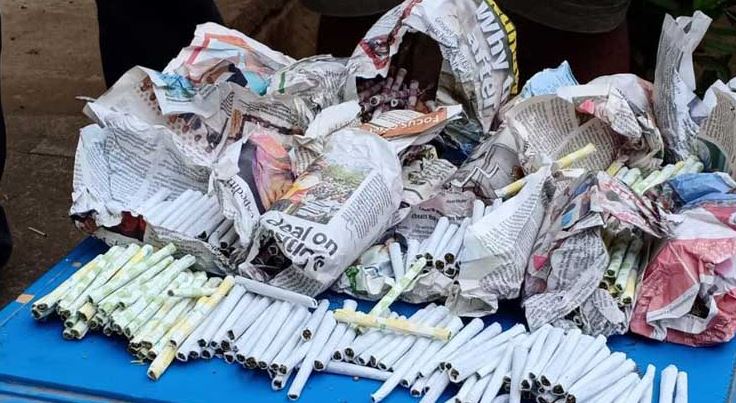 An alleged weed peddler from Bomet who was out on bail after being arrested for possession has been arrested again.

Margaret Moraa, 50, was rearrested on Thursday by police who were acting on a tip-off from members of the public.

The snitches reportedly tipped off authorities after noticing what they termed as ‘unusual behavior’ and strangers coming in and out of her home in Silibwet Trading Center.

Police raided her house where they recovered rolls of marijuana.

Ms Moraa had earlier been arrested and charged with a similar offence at a Bomet Law court. She had been set free on cash bail of Sh10,000.

Confirming the arrest, Bomet Central police boss Geoffrey Walumbe said officers managed to rescue Ms Moraa from members of the public who were baying for her blood.

Watch: King Kaka’s Touching Conversation With God on Behalf of his Mother < Previous
Did Zari Hire Expensive Cars to Flaunt on Social Media? She Speaks – PHOTOS Next >
Recommended stories you may like: