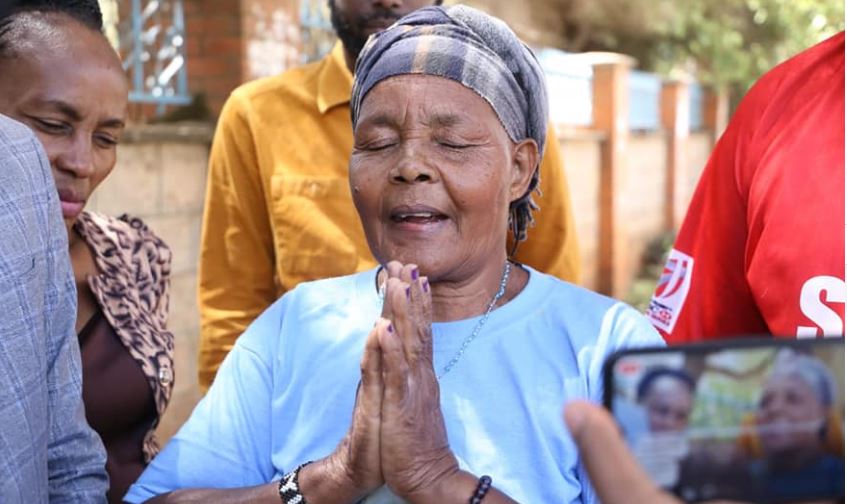 Nairobi Governor Mike Sonko has once again extended his philanthropic hand to a Kenyan in need.

Mama Orange is synonymous with ODM party rallies and campaigns in which she dresses in an improvised oranges-themed outfit. 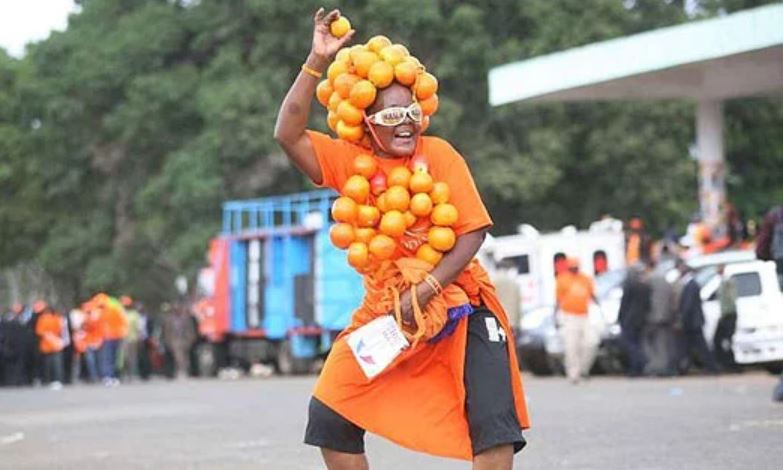 Over the last year, Ms Akinyi has endured a trying period that has culminated in the loss of her two sons.

In April last year, Mama Orange reached out to wellwishers to help offset a huge hospital bill after her sons were hospitalised at Mbagathi Hospital. The sons, who were both matatu drivers in Nairobi, had been diagnosed with tuberculosis and meningitis.

One of her sons, Victor Otieno, succumbed on October 23, with the ODM party bowing to pressure from the public to come to her rescue with burial arrangements. 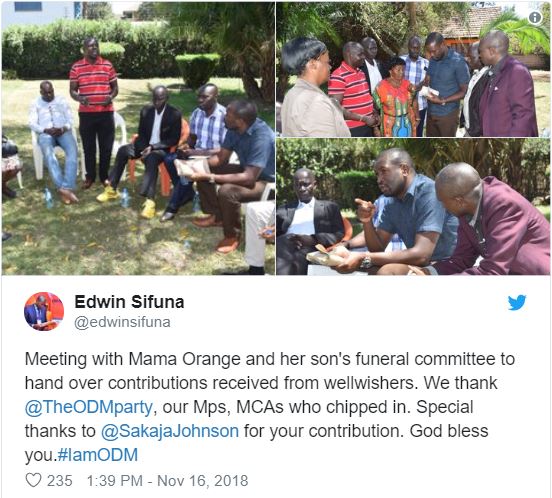 Ms Akinyi, who says that her tag name is now ‘Mama Orange Handshake Power Together’, reached out to Sonko for assistance with funeral plans and the good governor was happy to oblige once again. 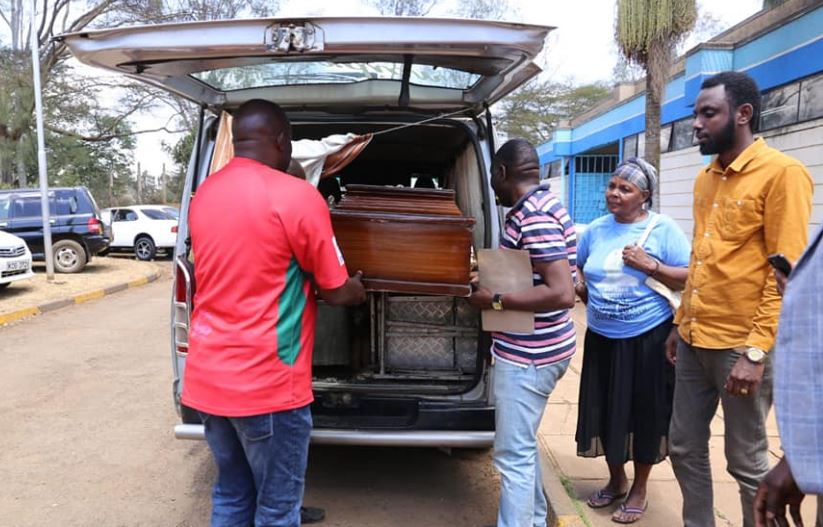 On his Facebook page, Sonko said his rescue team has catered for the funeral expenses, including transport to Kisumu.

A video on Sonko’s page also shows a delighted Mama Orange singing the praises of the Nairobi governor.

Look Away Karura Forest Goers! This HUGE Python is on The Prowl – PHOTO < Previous
“I Carried Dead Baby in Womb for Weeks,” TV Producer Milly Chebby Next >
Recommended stories you may like: