Look Away Karura Forest Goers! This HUGE Python is on The Prowl – PHOTO

I apologise in advance if I’m about to ruin your weekend plans at the popular Karura Forest but there’s a huge snake on the prowl at the urban recreational nature preserve in Nairobi.

Not to cause any panic but the python is like really huge and it is giving goers of Karura Forest shivers. For people with Ophidiophobia[fear of snakes], parental guidance is advised and you should look away right now. I’m not kidding.

In fact, the majestic African Rock python is so freakishly big that it has become a popular ‘figure’ in the Kenyan online community.

The nonvenomous reptile has been trending since yesterday after pictures were shared on the Twitter platform. Apparently, it has been spotted before, and it is not the only python in the forest.

The good thing is that experts have allayed fears of the python attacking humans, noting that the constrictor python preys on small rodents and birds that weigh less than 20kgs.

“No need for joggers or bikers to worry. Pythons are harmless; not poisonous. Stay on designated trails & any snakes will sense your presence through vibrations in bellies and get out of your way,” said Friends of Karura Community Forest Association (FKF).

Check out the python. 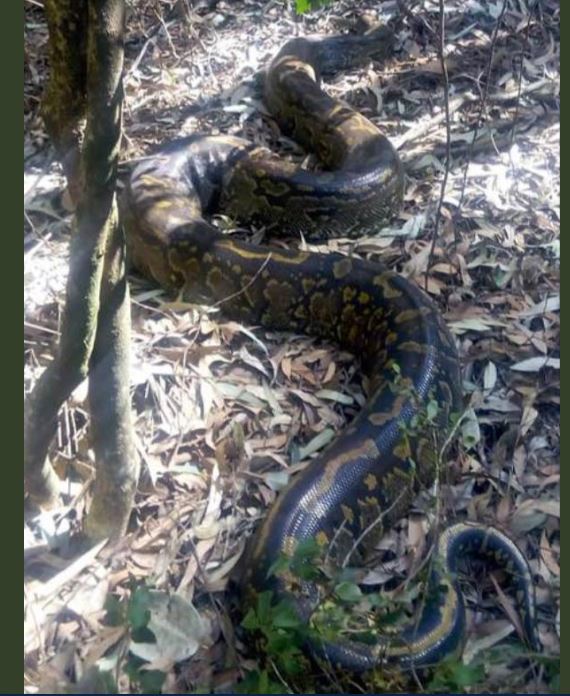 In 2016, another type of reptile caused a scare at the forest after a morning jogger reported encountering a crocodile. 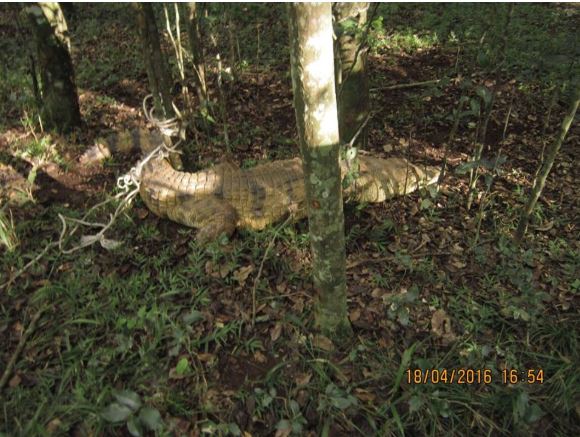 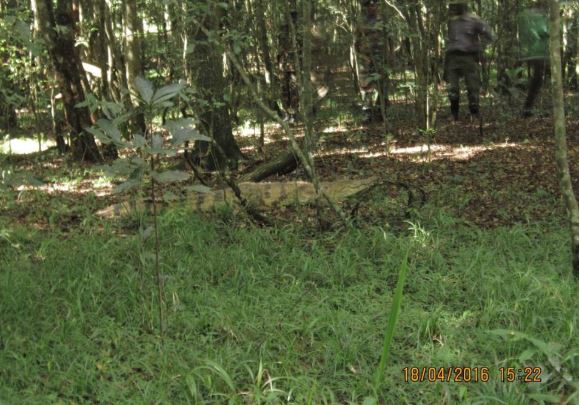 Some biking/hiking at Karura forest anyone? Stay woke ? ? ? #Python pic.twitter.com/aAAolVaDfZ

Not sure about the authenticity of this photo but if it is true then Karura Forest might just become Karu-raaaaaaaaaan!!! #PythonTales#Nairobi pic.twitter.com/DkIORIMLVJ

Apparently there’s a python at Karura Forest, @kwskenya please attend to the snake? A lot of guys go jogging and running or cycling daily! #IgnitionDRIVE pic.twitter.com/AbzPwtYMzB

It has been sent by Wangari Mathai to protect the forest

Considering that the place is open to the public,and the size of that serpent…what has it been feeding on to get to that mass?its dangerous.

They have now placed a python in Karura so that the DCI becomes inaccessible.

On the brighter side this signifies that fauna and flora is flourishing there…but for a park frequented by members of the public this is dangerous and the authorities should immediately relocate the serpent to the National Museum!

Am not heading there anytime soon.

Late last year I went to Karura forest for a wedding shoot, it ended a bit late and bride missed a snake bite by a whisker. I was so afraid I’ve never advised another client to go for a photo shoot there.

I came across the snake and watched it from a safe distance.

I also saw the python in Karura forest a while back while biking.
What saddened me is that some dumbass tried to provoke the arguably peaceful creature.

If the snake scares you, stay away from Karura…some of us have no problem bumping into it. That’s the beauty of the forest!!

Come on you want to relocate that snake from it’s home… For the sake of people jogging… Lets people relocate and do their jogging at mombasa road…… These animals need space too and have rights too..

The python been there for sometime.. somewhere btwn sharks gate and the gate at kijiji cha wazee..

Those guys should go jog elsewhere.. Dont relocate the snake. Relocate the people to muthaiga golf course. They can jog there.

Karura is cancelled even before I could make my first visit ?

The number of times I go to Karura by myself ??? pic.twitter.com/ROYZwfPW7K

Good thing about Karura forest python is that huwezi pata ni moja. Pythons are usually in groups. Deeper or somewhere you’ll find a group of young ones, eggs etc.
Good luck in your morning jogging and ? rides during hot weather. pic.twitter.com/XNaQzes14H

Alert: The pythons at karura forest are moving to look for shade n they are on the shady walkways people use. Those going for a walk or run, Beware pic.twitter.com/vBEQjk4pDt