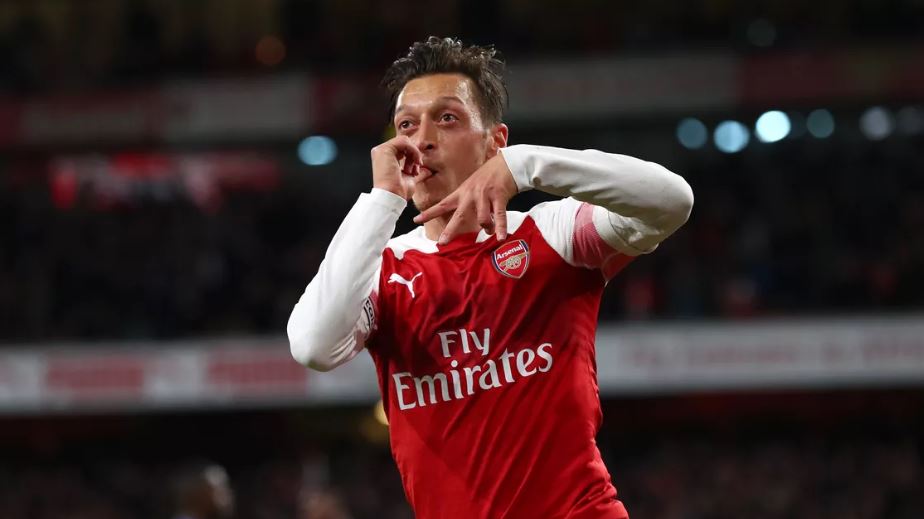 To say Mesut Özil is top class would be an understatement. The Arsenal star midfielder is not only known for his class on the pitch but off the pitch as well.

When he is not giving out his jerseys to Arsenal fans at the Emirates Stadium – as he did to a lucky fan after the victory over Manchester United on Sunday – Mesut Özil has proven that his kind ASSISTance extends beyond London, and all the way to Nairobi, Kenya.

The Gunners favorite has made a dream come true for a young fan in Kenya who last December was pictured herding cows in the streets of Nairobi dressed in an Arsenal shirt written ‘Ozil 10’ with a marker pen.

The said picture was shared on Twitter by sports journalist @Erik_Njiru who tagged Mesut and Arsenal.

I saw this kid today grazing in the streets of Nairobi – a city without really grass for cows. He told me he loves @MesutOzil1088 so much(You can see his shirt). Maybe one day this can reach Ozil and get a real @Arsenal shirt. pic.twitter.com/ojDbf1Loil

The tweet went viral and it soon caught the attention of the Arsenal playmaker who says he was touched by the picture of the young boy, 9-year-old Lawrence Masira.

While it may have taken two months due to some logistical reasons, Lawrence last week finally got his customised gift hamper from Mesut Özil.

Through Eric Njiru, Lawrence received signed Arsenal jerseys and boots at his humble home in the outskirts of Nairobi.

On his Twitter page last night, Özil expressed his delight at seeing Lawrence and his brother receive the merchandise.

“The picture of a Kenyan boy with a self-made shirt on Twitter touched me so much. and look at Lawrence now – it’s so heartwarming to see him and his brothers happy #SocialMediaPower #HappyToAssist #Nairobi #M1Ö,” tweeted the German World Cup winner.

He added: “Thank you Erik_Njiru for making this possible.” 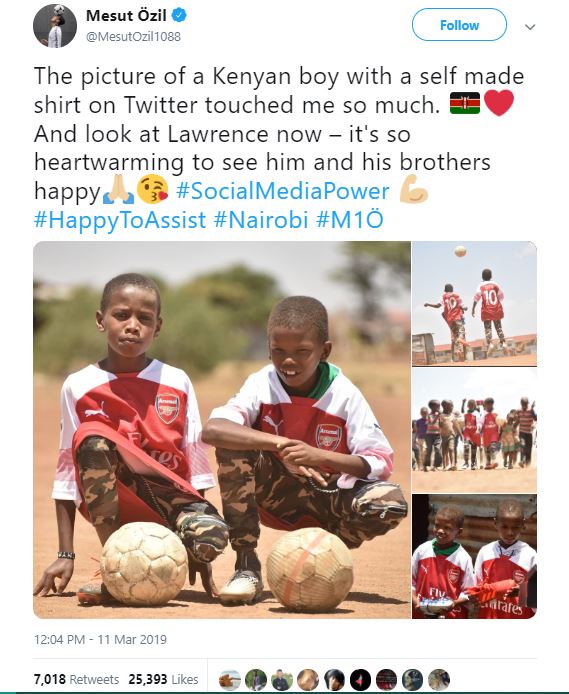 Check out the photos below. 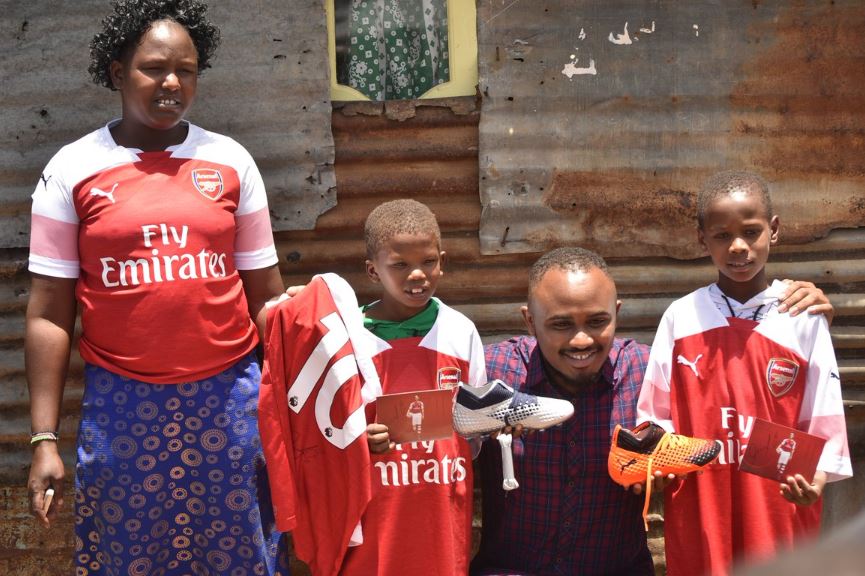 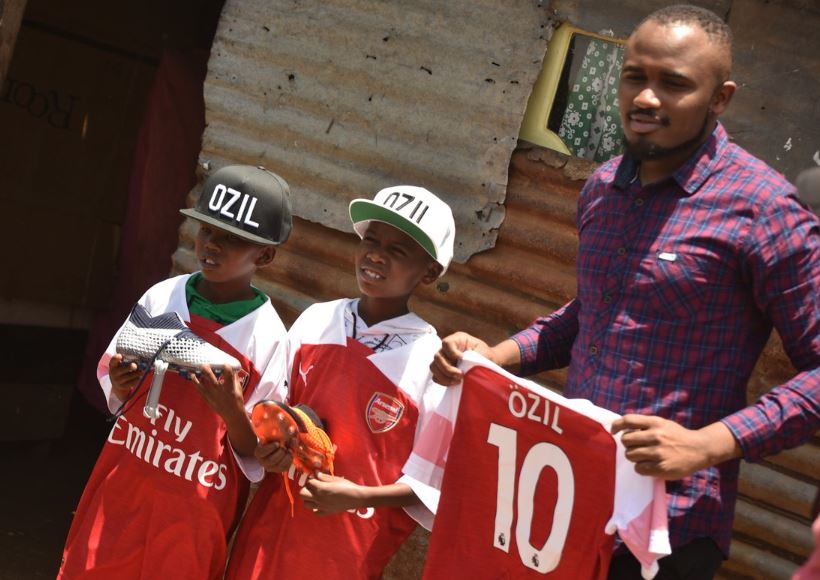 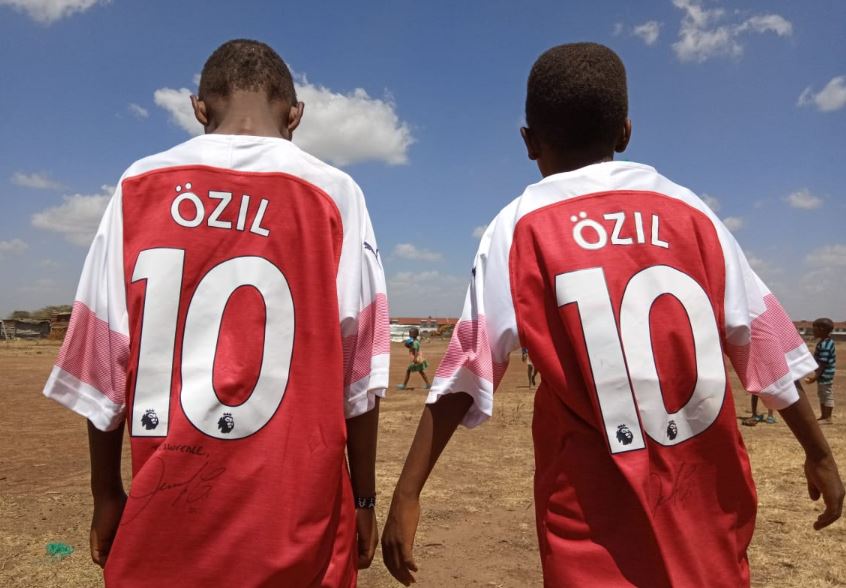 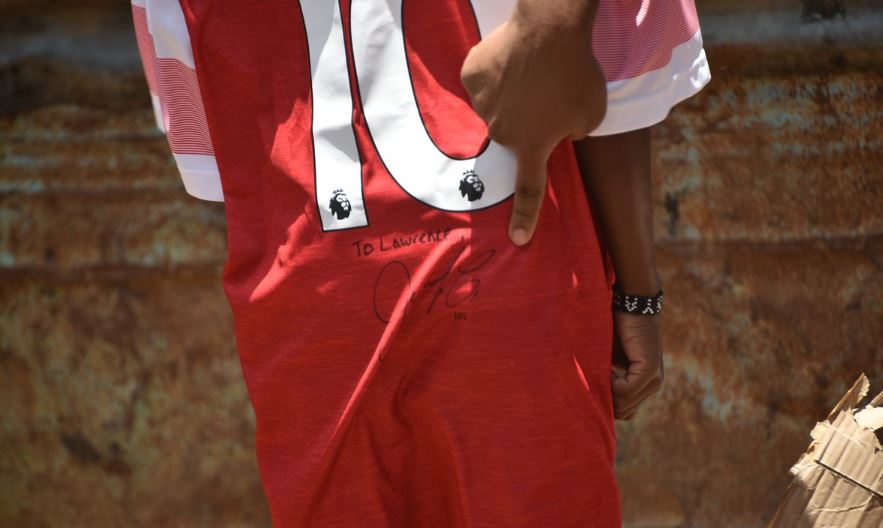 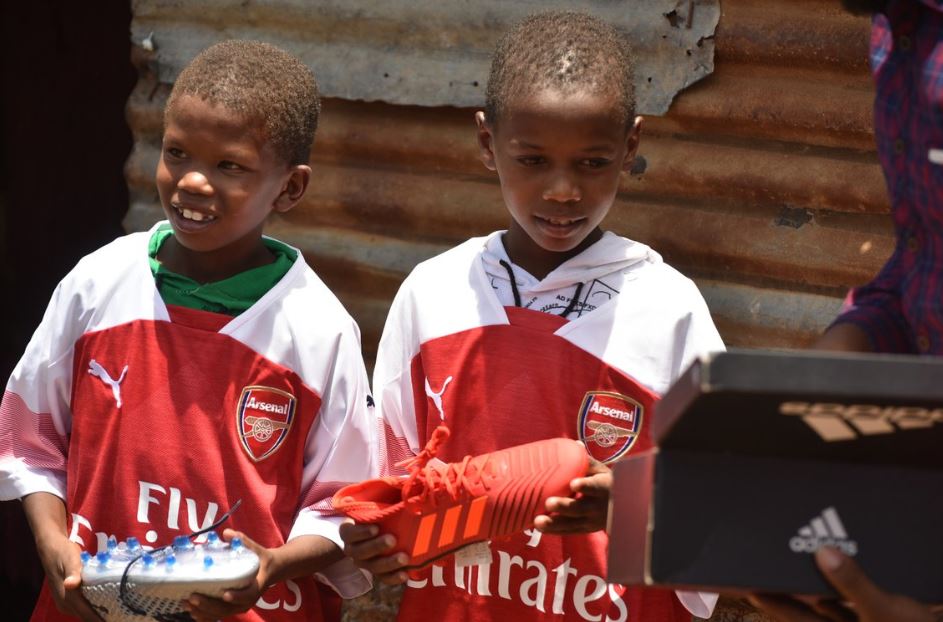 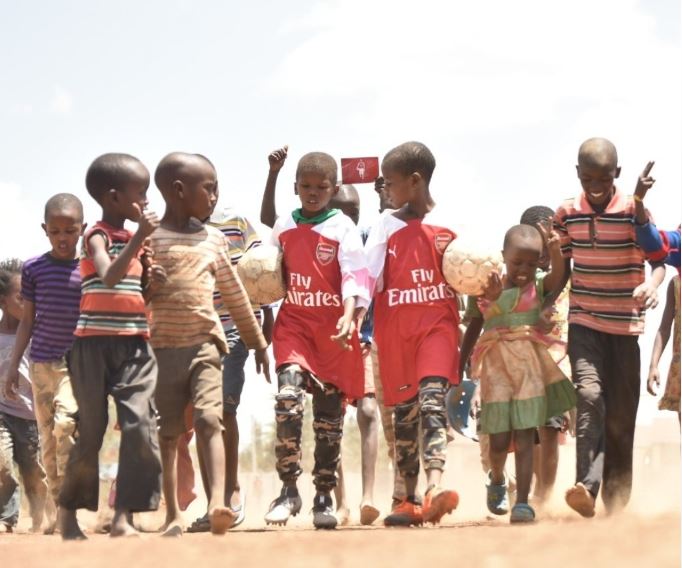 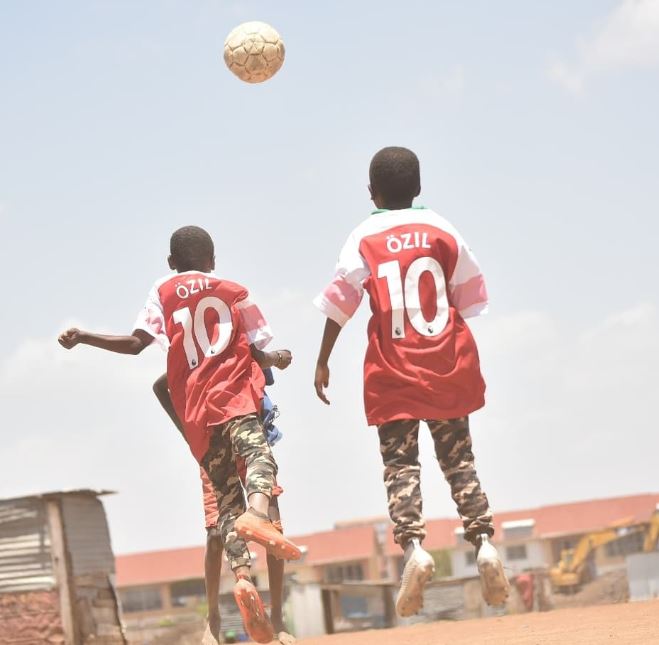 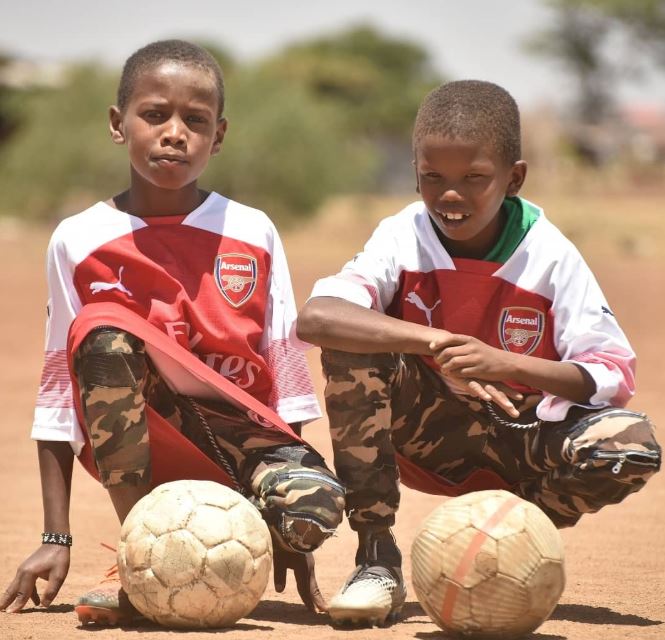 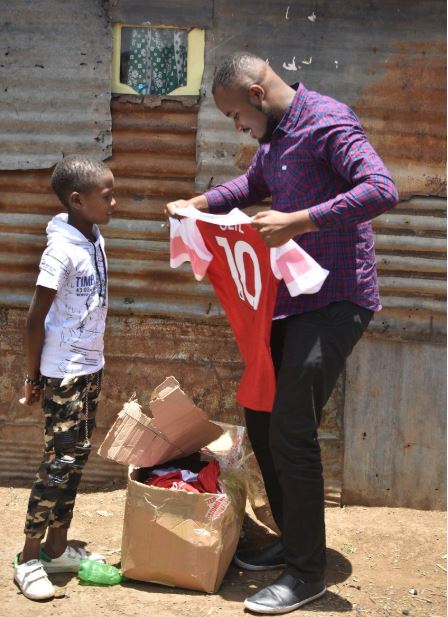 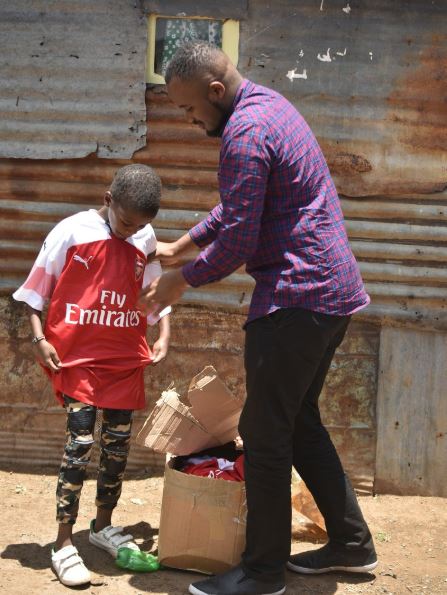 The Trending Images in Nairobi This Tuesday < Previous
The Top Stories on the Internet Today (Wednesday March 12) Next >
Recommended stories you may like: