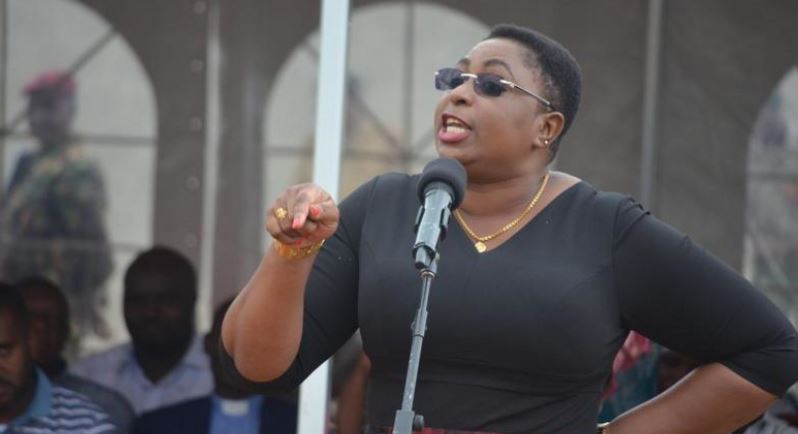 Malindi MP Aisha Jumwa has decided to stand tall against ODM leader Raila Odinga by refusing to apologise as a precondition for the party leadership to reconsider its decision to expel her.

Raila had on Tuesday indicated that Jumwa can be spared expulsion from the ODM if she apologises for openly supporting Deputy President William Ruto’s presidential ambitions.

He was speaking on Tuesday morning in Kibera where he had visited victims of the Toi market fire.

However, Jumwa in a rejoinder to Odinga insists that her expulsion from the Orange party was erroneous.

“I have heard Raila Odinga saying that if I appear before the party they will forgive me… I want to tell him that what I told them before the National Executive Council that remains my position. Let them go back to the records,” said Jumwa.

According to Jumwa, the ODM disciplinary committee is composed of five members but only one of them sat and decided to expel her.

Addressing the press at Parliament buildings, Jumwa said she was surprised by Odinga’s statement asking her to ask for forgiveness, yet he was present when the decision was read out to pardon Dori and expel her.

Jumwa has since moved to court to challenge her expulsion, which could see her lose her Malindi parliamentary seat.

Should her appeal in court fail, Malindi voters will have to go back to the ballot because Jumwa was elected on an ODM ticket.

Meanwhile, a Nairobi court has extended orders barring her expulsion from ODM until May 7, 2019 when her case will be heard.

Miguna Miguna Announces His Highly Anticipated Return to Kenya < Previous
Towns With 250K Population to Become Cities as Uhuru Signs Three Bills into Law Next >
Recommended stories you may like: