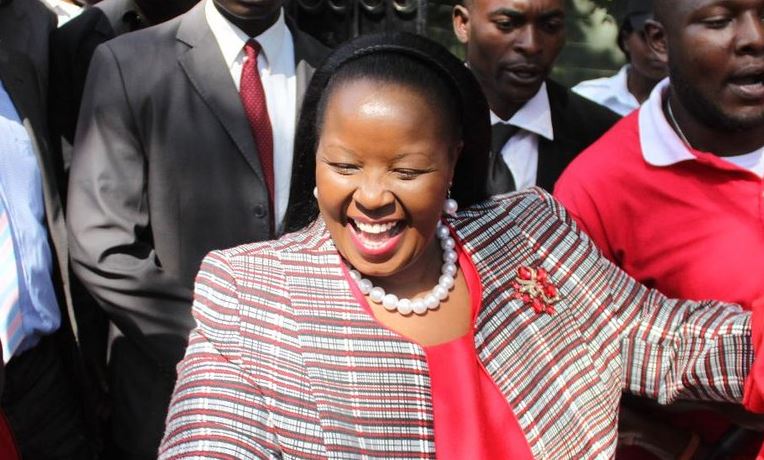 At least 10 people were arrested with eight of them spending over a week behind bars after a spare tyre was stolen from Bishop Margaret Wanjiru’s vehicle.

Reports indicate that the tyre was stolen from the Bishop’s Prado which was parked at her home in Runda on Friday, 8.

An infuriated Wanjiru reportedly ordered the arrest of everyone in the compound, including his driver, construction workers, and even the neighbors totaling to 10 people. Two were later arrested.

Investigating officers from Gigiri Police Station who reviewed CCTV footage from Bishop Wanjiru’s house did not find anything conclusive.

According to insider sources, when the ‘servant of the Lord’ realised there was no evidence implicating the suspects, she demanded Sh65,000 from them.

Strangely, the suspects were not presented before the court within the stipulated 24 hours after arrest.

The issue was reportedly resolved after a good Samaritan offered to pay the Bishop the money she was demanding. 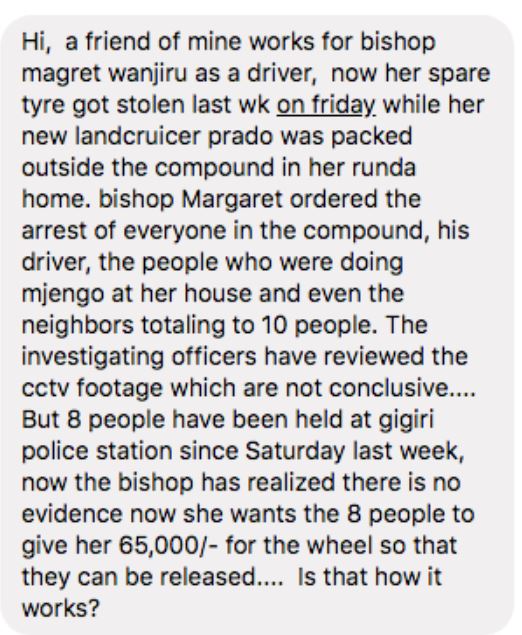 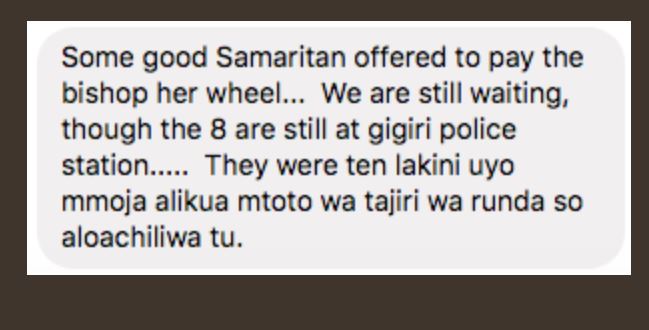 Nominated MCAs in Nairobi To Get PAs, New Offices, Improved Perks < Previous
Hilarious Meme Compilation (Tuesday February 19) Next >
Recommended stories you may like: