Wife of Senator Mithika Linturi Gets Back her Runda Home 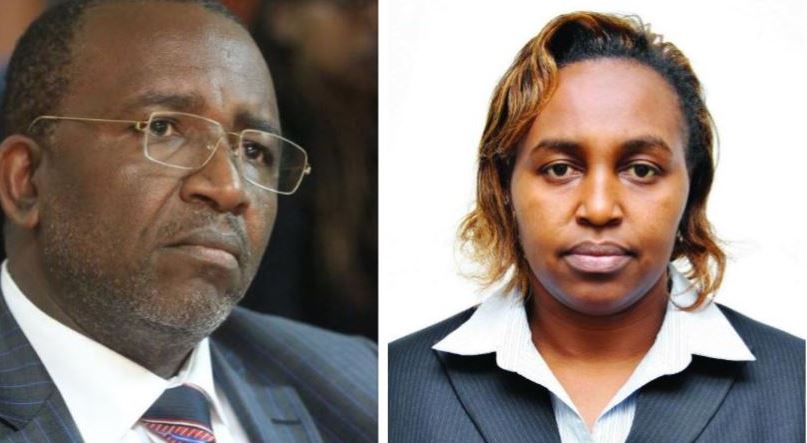 The wife of Meru Senator Mithika Linturi, Maryanne Jebet Keitany, has been granted access back to her home in Runda, Nairobi.

In his ruling, the Magistrate further ordered Runda Officer Commanding Station (OCS) to enforce the orders allowing Ms. Keitany into the house. The OCS was also directed to ensure that her family enjoys peace pending further court directions.

This comes after Linturi allegedly hired over 15 goons to forcefully evict Keitany from their matrimonial home on December 19 last year.

Before that, in November, Maryanne Jebet was awarded a restraining order against the politician following allegations of domestic violence.

Detectives handling the matter said they questioned Linturi after Keitany alleged that the Senator had threatened to kill her during a domestic brawl in their Runda home, Nairobi.

Keitany, who is a licensed gun holder told police that Linturi, also a gun-holder, threatened to shoot her after she put him on the spot over the death of their house help Edith Kananu, in October.

On December 24, 2018, the court also restrained the Senator from transferring property that he owns with Ms. Keitany.

Keitany had moved to court seeking Sh10 million she alleged to have lost during the December 19, 2018 which led to her eviction.

The case for the Runda residence occupancy will be heard in a week’s time on January 14, 2018.

Nominated MCA Remanded for Drunk Driving with 6-Month-Old Baby on Board < Previous
Parents’ Agony after Baby Chokes to Death as “Househelp Watches TV” Next >
Recommended stories you may like: