“Why Should Governor Obado be Prayed for?” Sharon Otieno’s Parents Speak 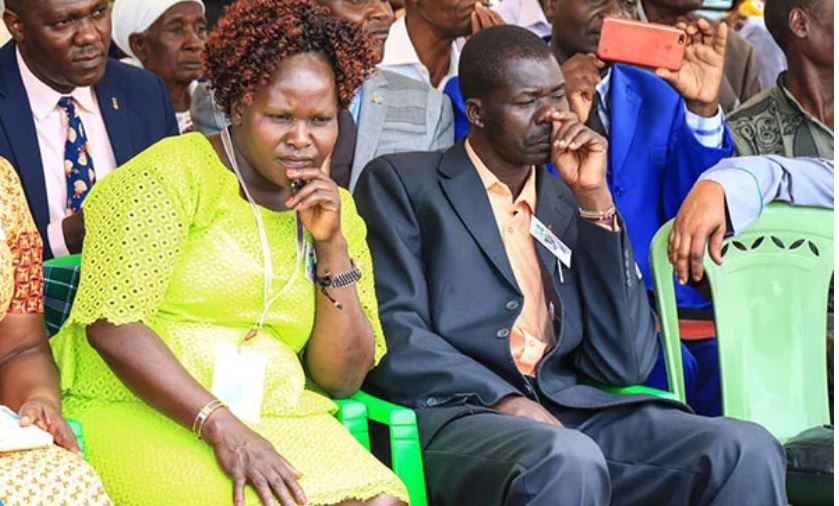 The parents of the late Sharon Otieno say reality is now sinking in three months after they buried their slain daughter.

Ms Melida Auma and Douglas Otieno, in an interview with the Nation, said Sharon’s grave is a constant reminder that she will never be back.

They are also worried that their daughter’s gruesome murder could just be forgotten as easily as it shook the country.

Ms Auma has since developed high blood pressure, the effects of not being able to withstand painful memories of her first born child.

“My daughter’s death should not be in vain. It aches our hearts that things suddenly went silent, but we hope justice will finally be done and her killers will be made to pay for their sins,” Ms Auma said.

She further criticised Migori Governor Okoth Obado for asking Kenyans to pray for him after he was charged with the murder and released on Sh5 million bail.

“Who is praying for us especially Sharon’s orphaned children? Why should he be prayed for before us? Our spirits are still very low and we are left to wonder why he did not call for prayers for a girl he claimed to have loved,” she said.

“I usually wake up early at times at 4 am to just go visit her grave. It satisfies me to know she and her baby lie beneath the soil,” Mr Otieno said.

But his wife has not visited the gravesite since the burial as it pains her.

The family added that they have been receiving suspicious visitors who think they were given money by well-wishers.

“We wish to tell Kenyans that we do not have any money with us and those visiting us with ill motives should stop,” Ms Auma said, adding that some con people had already made away with over Sh40,000.