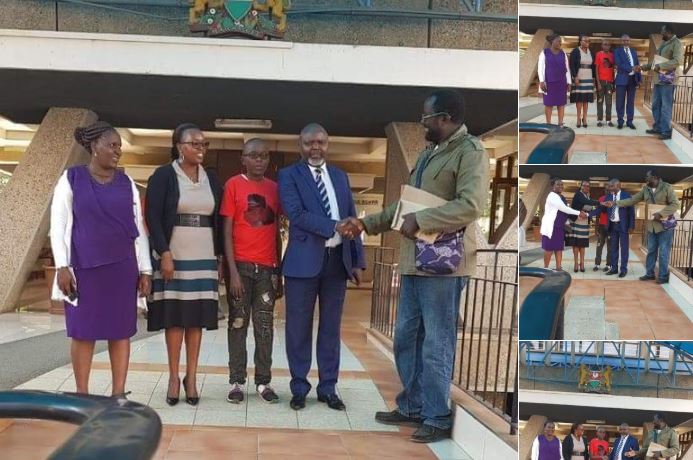 It was a blessing in disguise for Jack Mutuma Mbabu, a Form One student whose academic wings were nearly clipped after he was denied his rightful admission to Starehe Boys’ Center, following his acceptance at the superior Mang’u High School.

“That issue has been resolved and the student who was going to Starehe has been posted to Mang’u,” said CS Amina.

The parents of the boy who scored 417 marks in the 2018 KCSE exam were on the verge of desperation after Starehe Boys’ Centre turned them away despite their son having an admission letter. His name was also entered into the National Education Management Information System (NEMIS).

The stranded family, having travelled from their home in Isiolo, were forced to sleep in a hotel room in Nairobi for over a week.

Starehe turned away the bright student for failing to meet the required procedures. They also accused the boy’s father of behaving inappropriately during the admission process.

John Okeno, the school’s head of operations, said the institution follows its own strict procedure in admissions.

Acting Starehe Centre Director Josphat Mwaura said Mbabu had not been selected to join the school but was one of 24 students that had been recommended for consideration by the ministry.

Mr Mwaura said the school admitted 23 and left out Mbabu because the parents failed to fill requisite forms. He said all students joining the school must fill out the forms by July of the previous year.

It is a happy ending for the bright student, however, after Mang’u accepted him on Monday.

In addition to being a top performing school over the years, Mang’u also posted superior results from last year’s KCSE results. It produced four students out of the top 100 students nationally while Starehe had none.

Hilarious Meme Compilation (Tuesday January 22) < Previous
All The Trending Pics in Nairobi This Tuesday Next >
Recommended stories you may like: