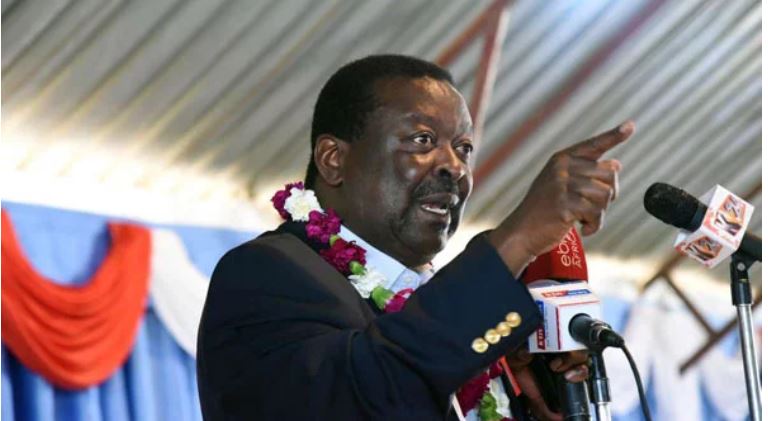 Former deputy PM Musalia Mudavadi has backed recent calls for the creation of a Prime Minister post as part of a broader system of government.

The Amani National Congress (ANC) leader noted that had they formed the government as NASA, they would have ensured a review of the Constitution and created the position in line with the Bomas draft.

“Nasa had already committed to reviewing the Constitution and revisiting the Bomas draft where the parliamentary system was favoured alongside a broader structure of government,” said Mudavadi on Sunday.

“This included the position of the prime minister who would be accountable to Parliament,” added Mudavadi.

The NASA co-principal, who served as deputy PM from 2008-2012, further called for an all-inclusive dialogue on the key issues that will become part of the referendum.

“It is important that we all sit as a nation, consult, separate and isolate the issues that are sensitive and need to be corrected and define the ones that will go to a referendum and those that can be dealt with without a referendum,” he said.

Mudavadi also insisted that the Independent Electoral and Boundaries Commission (IEBC) must be reformed before a referendum as “we cannot go for a referendum with the same referee who has problems”.

On the Building Bridges Initiative (BBI), Mudavadi said its success lies in its inclusivity and not only for President Uhuru Kenyatta and Mr Odinga.

“It should not be seen as an initiative of two people. It has to be broadened and made inclusive. Suppose one decided to pull back, what would happen? It should be formatted so it can be similar to the Bomas approach,” he said.

“It is not about Musalia being at the table but about having everyone across the board.”

Mudavadi further warned those “using the handshake to close their eyes on pertinent issues affecting the country”, saying accountability is needed.

“If we are fighting corruption let us do it because it is evil, not because of the handshake. People want to see more accountability, not people in an exclusive or elitist club. We must correct issues affecting the country,” he said.

Mudavadi was speaking on Sunday at Redeemed Gospel Church in Outering, Nairobi.

The Trending Images This Monday < Previous
CRAZY: Funny Pics/Memes Going Viral on Kenyan Social Media Next >
Recommended stories you may like: