Interior CS Fred Matiang’i on Monday said the deadline for the mandatory requirement is March 18. He said the I.D cards will be fitted with chips that will contain the personal details of civilian gun holders.

“We want everyone registered by March 18. By 19th, everyone holding a gun must have this card,” said the CS.

“We are not going back down on this programme. We understand a group has moved to court to fight this. We will deal with that when we get to March 19,” added Matiang’i. 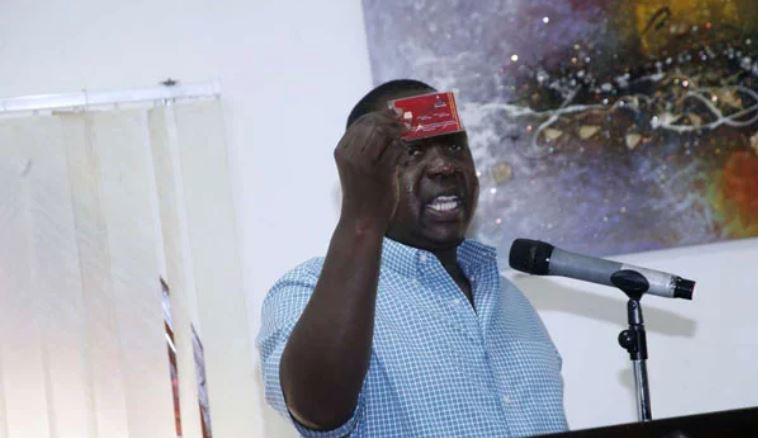 The order comes in the wake of an ongoing court case in which the National Gun Owners Association is challenging a directive by Matiang’i that requires all civilian gun owners be vetted afresh in the next three months.

The court temporarily halted the process in December pending the hearing and determination of the case.

Regarding the court action, the CS said, “The others who are not members of NGAO have no problem. I do not know what their problem is with this programme.”

Dr Matiang’i further explained that the move is aimed at curbing crimes that involve the use of these weapons.

He noted that police have had a difficult time tracing guns used in crimes.

“Police commanders know the pinch that we have felt. We collect a lot of cartridges but are not able to trace the firearms,” he said.

“These chips will help us be able to trace and track them.”

Kenya has about 12,000 civilian gun owners but the Firearms Licensing Board believes almost 3,000 of the licences are fake.

The CS was speaking in Mombasa during a meeting with newly-appointed Regional and County Commanders and the National Government Administration Officers (NGAOs) for an in-depth status update on security in the country.

“The multi-agency approach in managing our security sector is yielding fruits. I direct all National Government administrators to step up the “know your neighbour” campaigns and ensure coordination, information-sharing and joint security actions in their areas of jurisdiction,” said the CS.

All The Trending Pics in Nairobi This Tuesday < Previous
The Top Stories on the Internet Today (Wednesday January 23) Next >
Recommended stories you may like: