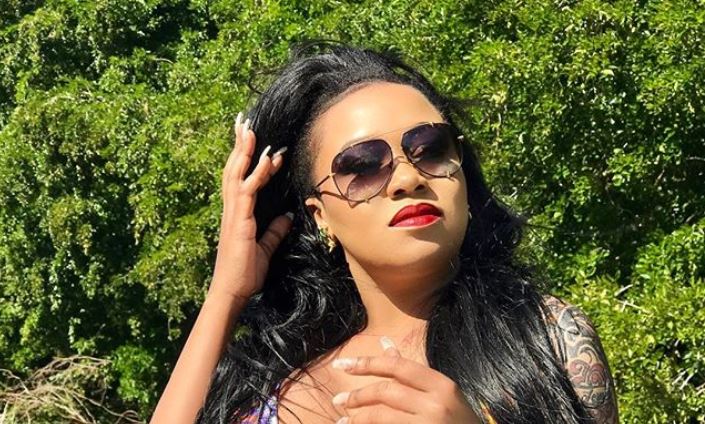 When Vera splashed millions to look the way she does, she sure expected some sort of backlash and shade from internet trolls. Regardless, the video vixen has grown a thick skin(no pun intended) over the years and has always hit back at social media bullies when need be.

Unsurprisingly, comments about her “plastic” body appeared to have resurfaced after getting into a “relationship” with musician Otile Brown.

The “plastic” jibe was used most recently during the couple’s sponsored baecation in Mauritius when Otile Brown was pictured carrying Vera Sidika in his arms. Vera appeared to taunt netizens as she suggested that women should get a man who can carry them, with fan retorting that: “Plastic is not heavy”. 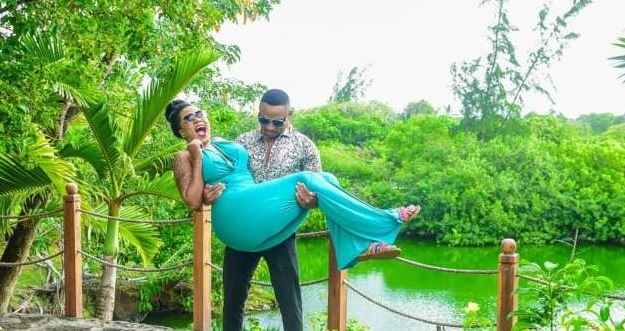 Well, another jibe about her surgically enhanced body has been thrown her way and Vera Sidika has taken it graciously. It happened after Vera invited her close to 1 million followers to complete the sentence: “Everyone who knows me knows I love —” 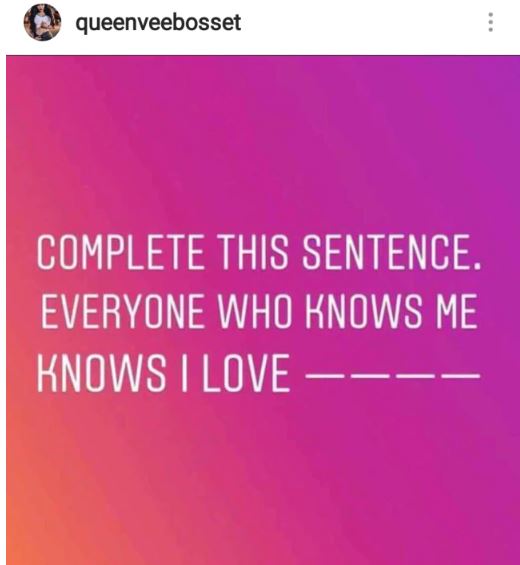 A troll said plastic and that was enough to get Vera’s attention, who responded: “Plastic makes perfect”. 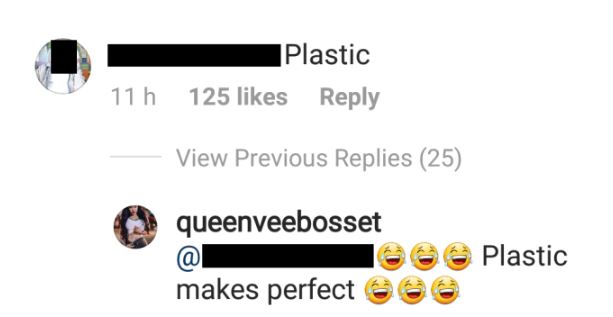 Sultry Songbird Yvonne Darcq Breaks Silence With “Mambo Bado” < Previous
Hamisa Asks for Forgiveness as She Turns Over a New Leaf Next >
Recommended stories you may like: