The anti-graft agency estimates that the rural home is worth more than Sh100 million.

In court papers, EACC says that the house is a symbol of the vast amount of wealth the governor has amassed in a short time.

“The investigation team has also verified that the governor Migori county, Zacharia Okoth Obado, has a newly built palatial home estimated to be worth more than Sh100 million located at Uriri,” EACC told the High Court.

EACC detectives claim that Obado has accumulated vast wealth beyond his legitimate sources of income.

This comes a month after 11 senior officers from Migori were charged with flouting procurement rules and purchasing Sh20 million furniture for the governor’s house. It is still unclear whether the furniture was meant for Obado’s Uriri home or for his official residence. 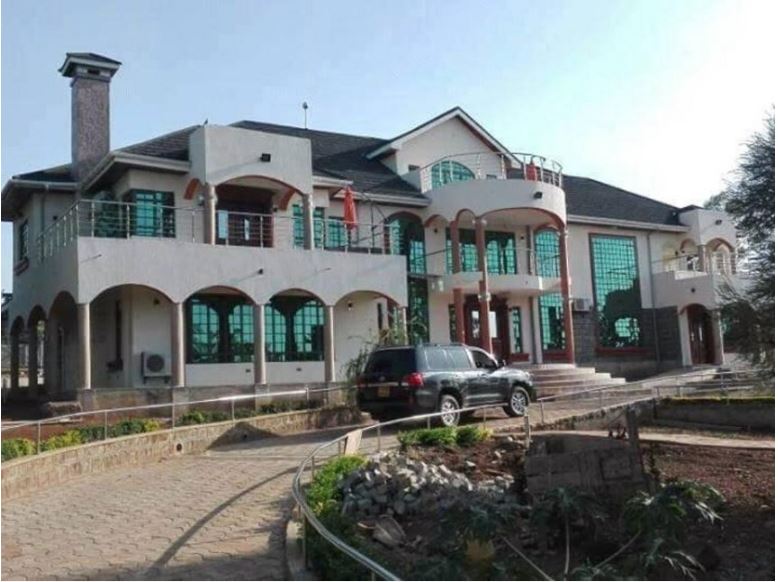 According to documents filed in court by EACC, Obado and his associates registered about 30 companies soon after he became governor through which they have pocketed Sh2.5 billion in “fictitious” contracts.

The Eliud Wabukhala-led agency says Mbingo Enterprises, one of the dubious firms owned by Obado’s accomplices, built the Uriri home.

The Commission says it has taken all the suspects to task to explain the source of their massive wealth.

“The commission has issued notices under Section 26 of ACECA to the respondents and others believed to be to part of the scheme to explain the sources of the monies held in the mentioned bank accounts and listed parcels.”

Hilarious Meme Compilation (Thursday September 27) < Previous
All The Trending Images This Thursday Next >
Recommended stories you may like: