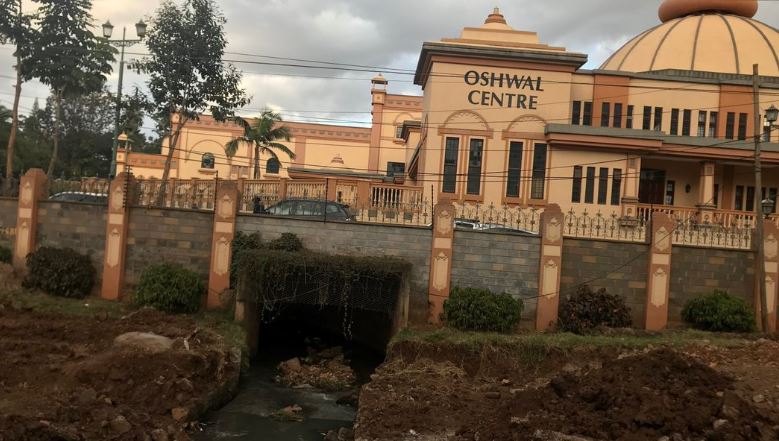 The Shree Visa Oshwal Community Centre is on riparian land and should be demolished, the Nairobi County govt has told the Court.

In an affidavit filed by the county and the Attorney General, the petitioners argue that the approvals granted to the centre were illegal.

“That despite obtaining the approvals from the defunct city council, the same were obtained irregularly or illegally as they were issued in utter disregard of the overriding public interest in the waterway and riparian land,” reads court documents.

The county government, through Prof. Wambua Musili, further claims that if deprived of its constitutional right or mandate to preserve and manage riparian areas, then residents of Nairobi would consequently be highly prejudiced since they would have been disposed of the land preserved for public use.

They argue that the massive complex consisting of a temple, a library, auditorium, wedding halls, sports facilities, and other incidental facilities has been used for the past 14 years by the community during religious cultural and social functions.

Justice Samson Okongo extended the orders until October 8, when the case will be heard.