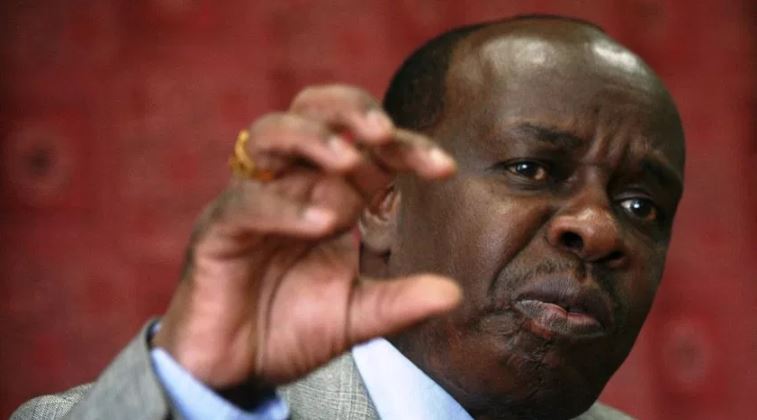 No sooner had we started getting excited about the prospect of decriminalizing Marijuana in Kenya than that buzzkill, John Mututho, came to spoil the party.

The former chairman of the National Agency for the Campaign against Drug Abuse (NACADA) has come out strongly to condemn a recent petition by Kibra MP Ken Okoth to legalise the growth and use of Cannabis in Kenya.

According to Mututho, the holy herb is a dangerous substance and decriminalizing it will hurt the youth.

“These are dangerous substances. I get surprised when an honourable member of Parliament comes and starts to gain popularity by advocating for an illegality to make it legal, just as they did with portable spirits standards,” said Mututho.

“Let’s have logic. Why do we have to legalise something that affects the functionality of the brain?” posed Mututho.

He further questioned if Ken Okoth values human life saying: “There is no way anybody who values humanity and knows the value of a human being can support this move. MPs have a moral obligation to protect our children.”

Mututho, who is currently working as an advisor to the Kiambu County government on the implementation of the Alcoholic Drinks Control Act, 2018, was speaking in Nyeri town on Sunday.

He said Okoth’s move to write to the National Assembly Speaker Justin Muturi seeking for facilitation in preparing the Marijuana Control Bill is an abuse of law “as it seeks to justify evil things”.

“There is no way we can have cannabis as part of our menu.”

The former NACADA boss wants MPs to reject Ken Okoth’s proposal once it is tabled in Parliament.

Migori Woman and Her Two Husbands Arrested Following Uproar From Residents < Previous
The Hottest Stories on the Internet Today (Wednesday September 26) Next >
Recommended stories you may like: