Everything You Need to Know About Songbird Mayonde 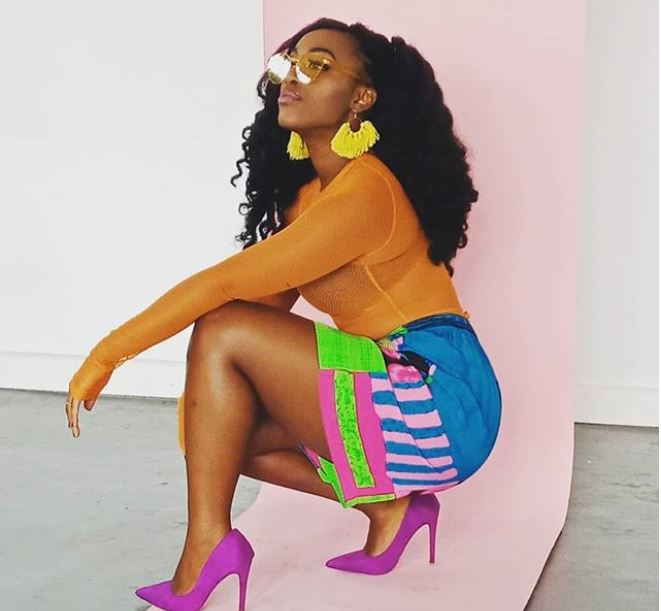 Mayonde is without a doubt one of Kenya’s hottest talents. Her melodious voice and funky new age style of music have seen her rise to the top in such a short period of time.

She boasts of powerful and soothing vocals coupled with mature lyricism and unmatched originality that makes her music stand out from the rest of industry players. Her most notable releases are ‘Isikuti Love’, and ‘Kama Kawaida’ featuring MDQ, Kagwe Mungai, and Fena.

She is a singer, a songwriter and a God-fearing person who loves life.

Take us back to who you were before the music.

Well, I was still Mayonde, just that not many people knew me back then. I started singing professionally after high school, singing background vocals for artistes like Atemi or hip-hop gospel artistes.

I have always been into music. Even while I was in university getting my degree in communication I was still doing music. So when it comes to what I was doing before, music is the answer.

So here you are, you’ve finished high school and you want to make the world see and appreciate you as a talented singer. What happened?

Reality checked in. Being young and naive, you think that you are the best thing in this world and it is only a matter of time before you get discovered. I was quickly humbled and learnt how difficult it is to build a creative career, especially in Kenya.

It takes a lot of mental strength, perseverance and patience. See, I learnt from the naivety of my youth because… can you believe that I have been in this industry for eight years now?

Tell us about your very first song.

Oh my God, I can’t believe you will make me say this. It was while I was in high school. A classmate of mine who believed she was a rapper asked me if I could sing the hook to a song she was working on. It was literally the worst song I ever did and no one has ever heard it. It was a gospel song called “I’m a sinner”.

In fact, some of the lyrics of the song used to go like “hold me now, touch me now, I’m a sinner”. Can you even hear that hook?

I told my friend that we should just bury the song. It was like a gospel song which, now looking back at the lyrics, I am like “Were we talking about a boy or sinners?”, I don’t know. Actually, starting out I wanted to come out as a gospel singer.

And then what happened?

Well… I still love Jesus but somehow I think my hormones were not in line with me taking that direction.

I just had a season of wildness when I was in college, and I was like “Bye church!” for a minute. Then I started exploring other music genres.

Why is it that more people believe that you gained more popularity when featured in the hit song “Kama Kawaida” when you had a whole album out before that?

The song “Kama Kawaida” was and still is a big one for me. I feel like it was like my breakthrough but, yeah, I had already released an album called “Magic In The Air” and yet I was not as well-known as I am now.

This goes to show you just how much perseverance one needs to have in the music industry; like it took me eight years before I had like a club banger.

How did “Kama Kawaida” happen?

All of us in the group are friends – that includes Muthoni the Drummer Queen, Fena Gitu, Kagwe Mungai and Blinky Bill – and we thought “Let’s create a community where we can collaborate and sing together”.

It was the second song that we had worked on as a team and it was such a big hit.

And then we released the song “Party Nation” as a squad and after that everyone went their separate ways, because each of us had individual projects that we were pursuing. But we will soon be coming together again.

How would you define your sound?

I would say what my vibration is instead of what my sound is. I do not believe in boxing myself into a certain genre because I am versatile as a singer and songwriter.

So today I could write a hip-hop song or a reggae song. I see music in colours and not genres, that is why my just released EP is called “Purple”.

What are some of the lessons that you have learnt?

I have learnt that talent is just a small percentage of what it takes for a person to be a good entertainer; there are so many other factors.

Like confidence. I mean you need to believe in yourself for others to start believing in you. Perseverance. Also, just believing in divine timing.

What do you think of when I say fruit?

What chore do you hate doing?

Four things you would change about yourself?

What is one of the things you would put on your bucket list?

Which musicians annoys you the most?