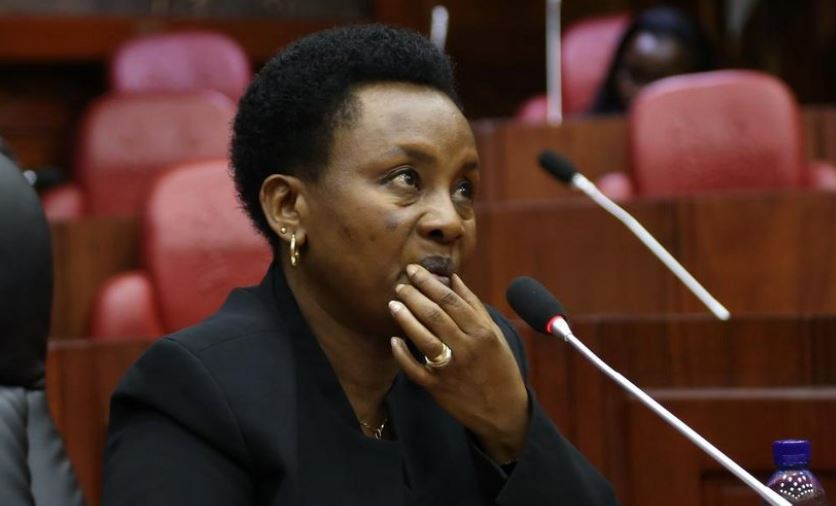 A report by the detectives is based on the movement of huge sums and transactions that caused investigators to suspect that the top judge could be involved in money laundering.

“The nature of the identified account transactions and properties indicate a high possibility of fraud and money laundering,” the investigation report states as quoted by the Star.

The report indicates that Mwilu owns at least seven houses in upmarket Kilimani estate, one along Argwings Kodhek Road, two off Ndemi Road, and another property in Athi River.

On March 16, 2016 — a few months before she joined the Supreme Court — Mwilu allegedly bought a parcel of land LR3734/1129 from Mutunga and Company, a firm associated with ex-CJ Willy Mutunga, for Sh2.8 million.

However, barely two months after the purchase, DCJ Mwilu reportedly received Sh75 million from Forest Japan Hospital and Sh74 million from an unknown entity, allegedly from the sale of the same piece of land.

“Theoretically, this implies that the subject bought the property at the price of Sh2.8 million on 16/3/2016 from Justice Mutunga’s company and sold it at a price of  Sh75 million to Forest Japan Hospital and Sh74 million to another unknown entity,” documents by DCI detectives read.

According to the analysis, cash transactions in Mwilu’s account between 2013-2016 amount to about Sh320.6 million.

The report indicates that Mwilu paid Sh15 million to Kibwezi West MP Patrick Musimba in 2013, which she told detectives was a refund for a failed purchase.

However, detectives noted that there was no evidence of any payment from the MP to Justice Mwilu.

At around the same time, Musimba’s election had been nullified by Justice Majanja following a petition by former lawmaker Kalembe Ndile.

This was allegedly paid for the purchase of property in Lavington. But investigators say the property description, including LR numbers, was not provided.

During the same time, there were other cash and cheque deposits into Mwilu’s accounts totaling Sh95.6 million.

There was also a deposit of Sh40 million from a firm identified as Raei Investments Ltd.

The top judge operates six banks accounts, two at Standard Chartered Bank, another two at CFC Stanbic, one at Kenya Commercial Bank and the other at Commercial Bank of Africa.

Hilarious Meme Compilation (Wednesday September 5) < Previous
All That’s Trending in Nairobi This Wednesday Next >
Recommended stories you may like: