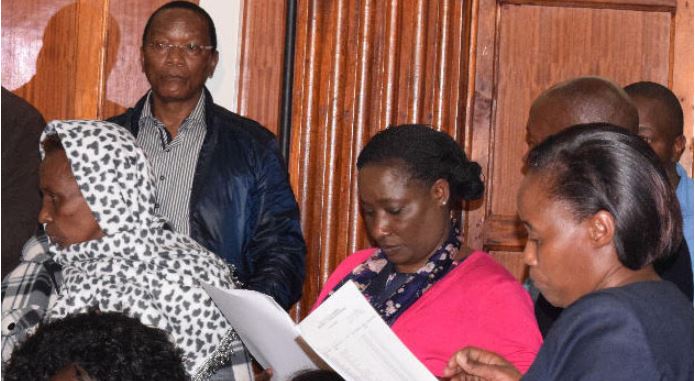 Suspects in the Sh468 million National Youth Service (NYS) scandal have been dealt a blow by the High Court.

This after Judge Jessie Lessit extended orders freezing the suspects’ bank accounts. While delivering her ruling on Monday, the Judge agreed with the Assets Recovery Agency that more time is needed to complete investigations into the accounts over claims of money laundering.

“I am satisfied from submissions made by the investigator that the prayers sought are justified for purposes of enabling investigations into funds held in the said accounts,” Justice Lessit ruled.

In the application dated September 4, the agency, through lawyer Jennifer Gitiri, told the court that it was yet to conclude investigations into the bank accounts of those adversely mentioned in the scandal.

The freezing orders were first issued in May this year and were set to expire on Monday next week.