Young Guys are Only Good in Pictures, Joey Muthengi on Why She Prefers Old Men 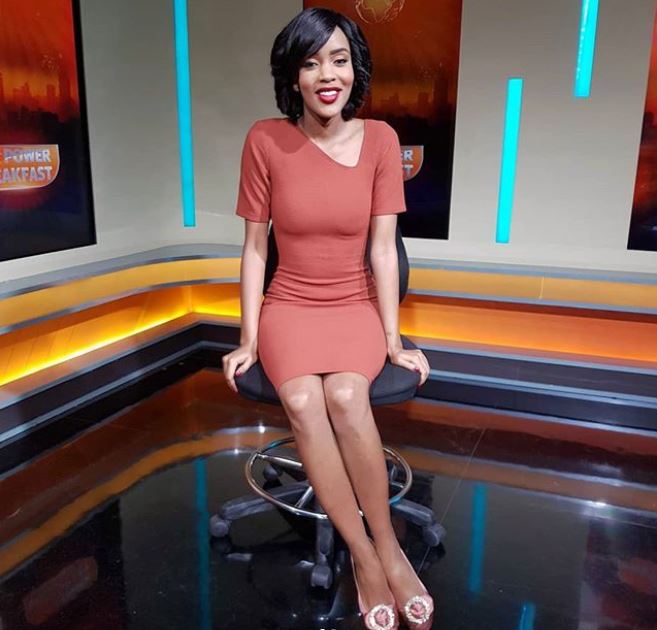 Media girl Joey Muthengi has set the tongues wagging on social media after revealing that she prefers to date from a much older pool.

The Citizen TV news anchor made the revelation on air during a heated debate on the TV station’s morning show. Joey, her co-host Willis Raburu, and panelist Roy Karuhize were discussing the popular topic of older men being with younger women.

During the discussion, Willis sought views from the two on what could be the main reason why young women go for older men instead of people in their age group.

Karuhize interjected by suggesting that Joey was better placed to answer.

Joey, who is one of the most eligible bachelorettes in the country, broke the hearts of the embattled Kenyan boychild by claiming that we(young guys) are only good for pictures.

“As a consumer of older men there is just like stability in that, or reassurance that they know what they need out of life, have learnt the lessons that needed to be learnt. They are even able to share their knowledge. These young guys are only good in pictures,” she said. Ouch! I’m still hurting.

Joey further listed her reasons for preferring the ancient man saying: “I am looking for security financially, maturity, these are things I need in a relationship. Like I said off camera I spent a lot of my youth with the youths while in campus. What did they do for me?”

And she wasn’t even done there. She added: “ati we are hustling together, we can’t both be on the same level. Someone needs to have made it. In fact, most of the guys whom you build each other from scratch usually end up leaving the woman for someone else. That is what mostly happens in those types of situations.”

And that ladies and gentlemen is how the Kenyan boychild took another major L. Ata hatujaskia vibaya!

Watch the debate below, video courtesy of Citizen TV.

Forget Waititu, This Man’s Definition of Riparian Land Will Crack You Up – VIDEO < Previous
Hilarious Meme Compilation (Wednesday August 15) Next >
Recommended stories you may like: