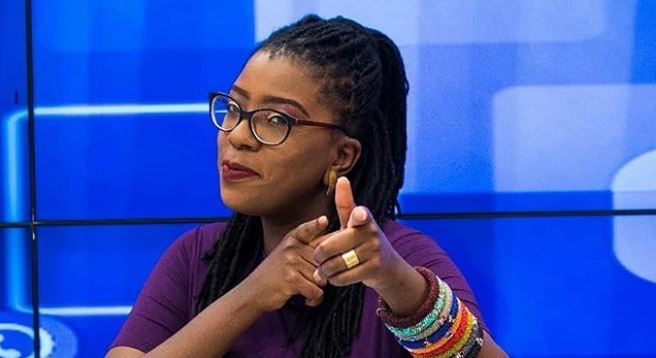 Television presenter Ciru Muriuki has called it a day at MediaMax-owned TV station K24 in the latest surprise move within the Kenyan media industry.

Muriuki has been co-hosting the morning show, ‘K24 Alfariji’, alongside Jeff Mote and Serah Teshna. She leaves the show after only 8 months.

Ms Muriuki on Wednesday hosted her last show and took to social media to make an official announcement.

“I’m about to wrap up my final time co-hosting K24 Alfajiri. I am so honored to have worked on such a great show with such a great team! @iamjeffmote and @serahteshna keep killing this morning TV game!” she wrote. 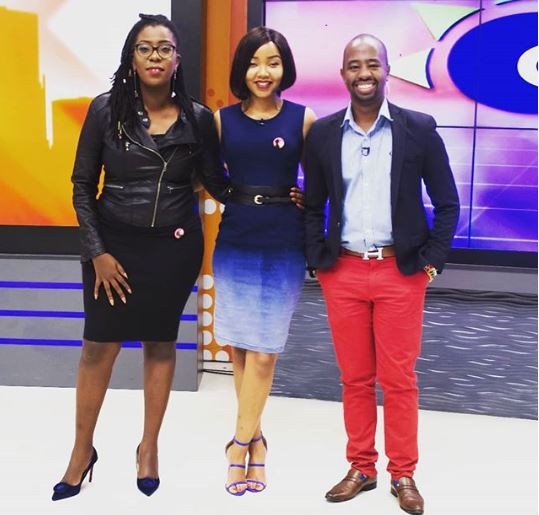 While she did not disclose her next gig, Ciru said she is excited and hinted that it is a dream come true.

“I’m super excited about the next phase of my career. Dreams do come true.”

Oddly, the television presenter opted to use a controversial picture on Instagram as she made the announcement. The picture captured Ciru grabbing on her tatas. 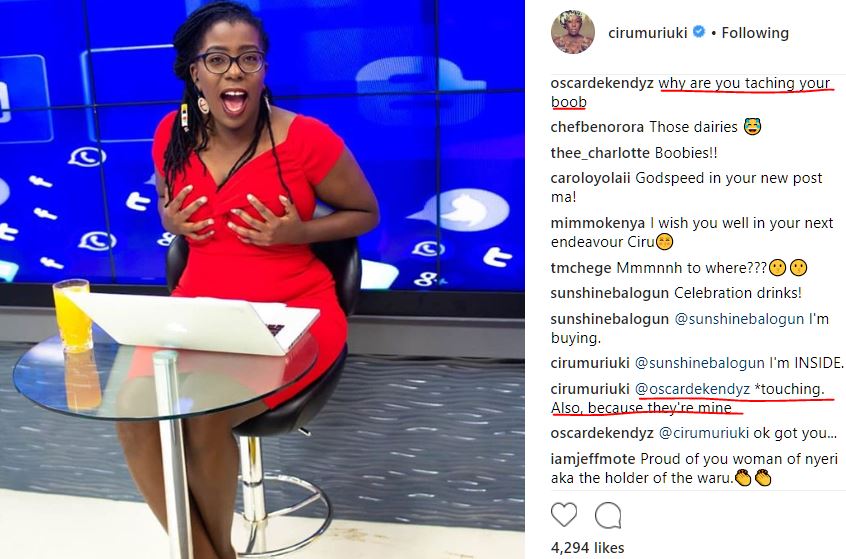 Before joining K24, Muriuki used to be a panelist on NTV’s The Trend during Larry Madowo’s tenure.

Linus Kaikai: I Gave My Wife My ATM Pin After Three Weeks of Dating < Previous
Rapper King Kaka a Deadbeat Dad? Sage Chemutai’s Comments Suggest So Next >
Recommended stories you may like: