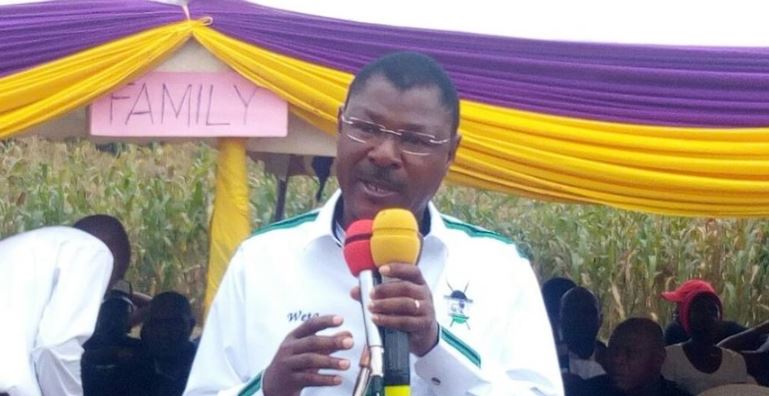 Ford Kenya leader Moses Wetangula now says his party is firmly in the  National Super Alliance (NASA), adding that he was misquoted in reports indicating that opposition outfit Nasa was dead.

Speaking in Nambale, Busia County on Saturday, the Bungoma Senator said NASA affiliate parties — FORD-Kenya, ODM, ANC and Wiper — are bound by a pre-election agreement that holds until the 2022 elections.

“NASA was formed by Raila Odinga, Moses Wetangula, Kalonzo Musyoka and Musalia Mudavadi. NASA does not belong to an individual.

“When I was in Mombasa, journalists asked me about the status of NASA and I told them it is on its deathbed.

“When I said Nasa is moribund I didn’t mean it was dead. By moribund, I meant the coalition is in Intensive Care Unit.

“We have to agree that the outfit is facing many challenges. [That is] the reason why you are seeing member parties speaking from different scripts,” he said.

He added: “Legally we are in parliament through our respective parties but under the NASA umbrella and we shall remain that way for the next five years. These are my FORD-Kenya MCAs in Busia and they are in NASA.”

The NASA coprincipal also said they have formed a committee to spearhead the merger with Musalia Mudavadi’s Amani National Congress.

“Our proposed merger with ANC and other like-minded parties is aimed at building a strong pillar that will anchor a strong coalition. We want to see the leadership of this country more inclusive than before,” he said.

Wetangula regretted that they have supported ODM party leader Raila Odinga in his presidential bid three times “but he has betrayed them.”

“In 2013, I shelved my ambitions to support Raila; last year again I and Musalia did the same.

“We have supported him three times and it is high time he reciprocated. We are tired of these games,” Wetang’ula said.

Hilarious Posts by Kenyans on Social Media to Take Away Those Monday Blues < Previous
I Will Be on The Ballot to Succeed President Uhuru, Musalia Mudavadi Declares Next >
Recommended stories you may like: