Mark Masai Speaks on 3-Year Marriage and Lack of Children 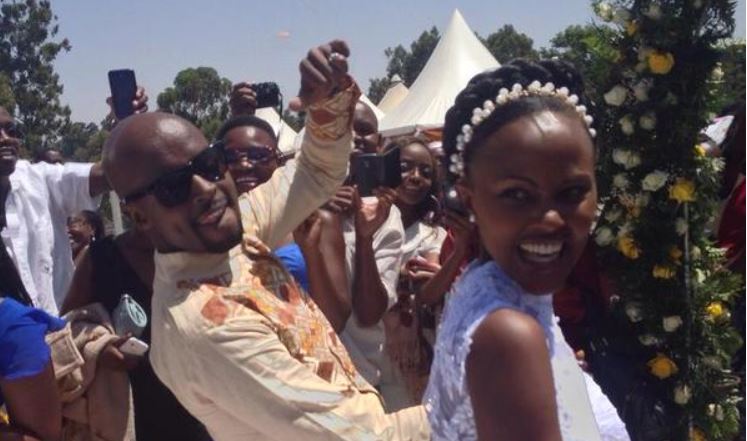 TV personality Mark Masai and his wife Fiona Nduta are undoubtedly one of the most private couples in town. Since their private January 30, 2015 wedding, Mark and Fiona have steered clear of the public limelight unlike most of their celebrity counterparts.

The NTV news anchor has, however, opened up for the first time in a long while about his marriage.

Speaking with Nairobi News, Masai said he is enjoying his three-year union so far but “we are still learning the ropes of marriage.”

He said his wife has since resumed her studies and is pursuing a master’s degree.

On when their well-wishers can expect a baby, Masai said: “We are not in any rush when it comes to babies, but I can assure you my soldiers are marching and as soon as the baby is here we shall let you know.”

The news anchor also spoke about the anticipated new roaster of anchors at NTV that will be unveiled after the Sunday World Cup final.

He will be joined by two new journalists Olive Burrows and Zainab Ali in the English bulletin. Investigative reporter Dennis Okari will also join the pool.

“I look forward to working with the entire team and our audience should expect new things and our usual bold and authoritative news.”

SAD! Daddy Owen’s Wife in Mourning Days After Welcoming Baby Boy < Previous
The World Knows You’re a Homewrecker, Ray C Hits Back at Hamisa Next >
Recommended stories you may like: