If NASA is Dead, Give Up Committee Seats and Leave, Raila’s ODM to Wetangula 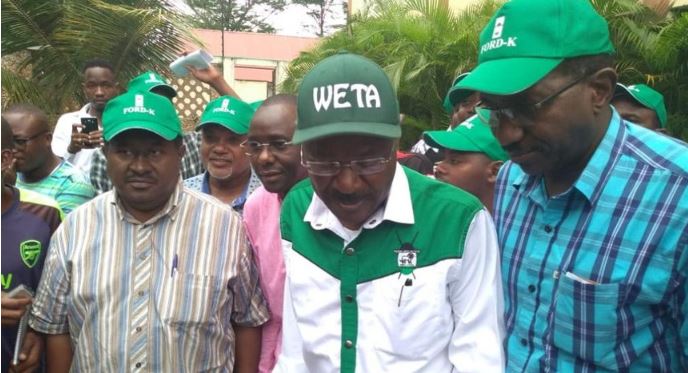 The Raila-led ODM Party has dared Moses Wetang’ula to give up all Ford Kenya leadership positions in NASA following his recent remarks that the coalition is dead.

In a statement issued on Tuesday, ODM Secretary General Edwin Sifuna said: “It is time to put your money where your mouth is, Wetang’ula.”

“We invite the Ford Kenya leadership to demonstrate by action that they no longer consider themselves part of Nasa,” he added.

Sifuna further wondered why it was taking Wetangula and his troops too long to quit the coalition.

“For the umpteenth time, we remind Wetang’ula that coalitions are not dissolved at funerals and village barazas. As a senior lawyer, he should know this can only be done by formally writing to the Registrar of Political Parties,” said Sifuna.

“If indeed it is the desire of Ford Kenya to quit Nasa, what is taking so long?”

Wetangula had on Monday said NASA is dead and that he would not be joining Deputy President William Ruto’s camp.

Speaking in Mtwapa, Kilifi, Weta said he has been betrayed enough and hinted at going it alone in 2022.

“NASA, in my opinion, is a moribund organization. NASA is history. And those who ignore history run the risk of repeating mistakes,” said Wetang’ula.

He said Raila has been compromised following his Building Bridges Initiative with President Uhuru Kenyatta.