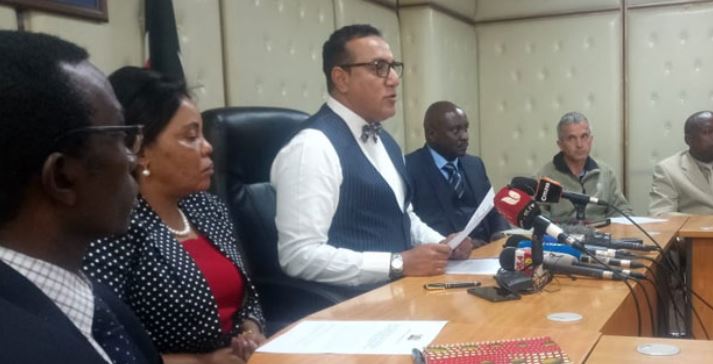 One of the last two surviving black rhinos that had been translocated from Nairobi and Lake Nakuru National Parks to the Tsavo East National has died bringing the death toll to 10.

Tourism CS Najib Balala made the revelation Thursday as he released findings of an inquest into the unprecedented deaths of the endangered black rhinos.

In a statement to newsrooms, the CS said he has suspended six officials of the Kenya Wildlife Service (KWS. He termed the grounds for the suspension as “unacceptable professional negligence,” adding that disciplinary action would be taken against them as deemed appropriate by the KWS board.

“The independent inquiry further showed there were areas of clear negligence that occurred post-translocation at the release site in Tsavo, especially in the holding BOMA at the sanctuary,” read the statement.

“These included poor co-ordination and communication among officers that were responsible for pre-translocation studies, including biomass assessments; environmental impact assessments and water quality assessments.”

The suspended officials are:

Balala further attributed the deaths of the rhinos to water salinity with investigators further noting that the animals had been stressed due to acute dehydration. The animals also suffered from a proliferation of opportunistic bacteria in upper respiratory tract (Pasteurella species), gastric ulcers, and gastritis.

The CS said the remaining rhino is being monitored closely after suffering an attack from the lions at the park.

“Unfortunately, the 11th rhino has been attacked by lions. Yesterday it was treated. So far we are monitoring this 11th rhino. It’s a sad situation,” he said.

“Even one rhino is a huge loss. So we are sad and we are disappointed in some of the officers who should have taken responsibility. They didn’t take their work seriously. They were casual in their job,” Najib Balala told a news conference.

All The Trending Images in Nairobi This Furahiday < Previous
Mysterious Graves Found at 80-Year-Old Gangster Granny’s Home Next >
Recommended stories you may like: