Ngirita Complains That She’s Surviving Only on Samosas in Prison 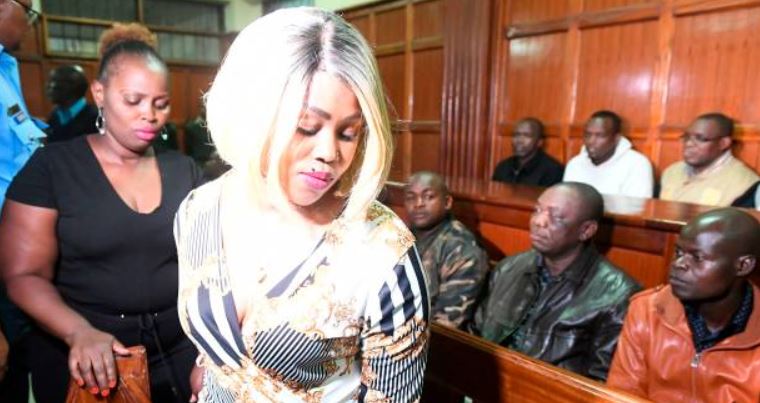 Anne Ngirita is starting to feel the heat of her incarceration at the Lang’ata Women’s Prison a little over a week after she was arrested for her role in the NYS Scandal.

The scandal’s poster girl, through lawyer Cliff Ombeta, on Wednesday complained of starvation in prison. Ombeta wanted the magistrate to order that the suspects be given biscuits and water before the case starts.

Ngirita told the Anti-Corruption Court that the last time she had a proper meal was Sunday. She claimed she had been surviving on samosas brought to her by relatives.

“How can we follow these proceedings when we are hungry? We are starving,” she lamented.

She added that authorities at Lang’ata Prison do not want them to raise the issue in court.

“We are being treated as if we have been convicted,” another woman in the case said.

Chief Magistrate Douglas Ogoti did not give any directions on the issue. He instead directed that the pre-trial conference proceed.

While ruling on the NYS suspects’ bail applications, Ogoti said that although the suspects are presumed innocent, economic crimes are well-designed and calculated schemes done for profit, unlike murder which he said is a lesser crime.

“Economic offences are a class apart and need to be approached differently in the matter of bail,” said Mr Ogoti.

“The economic offence, having deep-rooted conspiracies and involving huge losses of public funds, needs to be viewed seriously and considered as a grave offence affecting the economy of the country as a whole, and thereby posing serious threats to the financial health of the country which, in my opinion and finding, can lead to anarchy, threat to peace, and threat to national security.”