Miguna: FlySax Crash Was a Deliberate and Calculated Murder 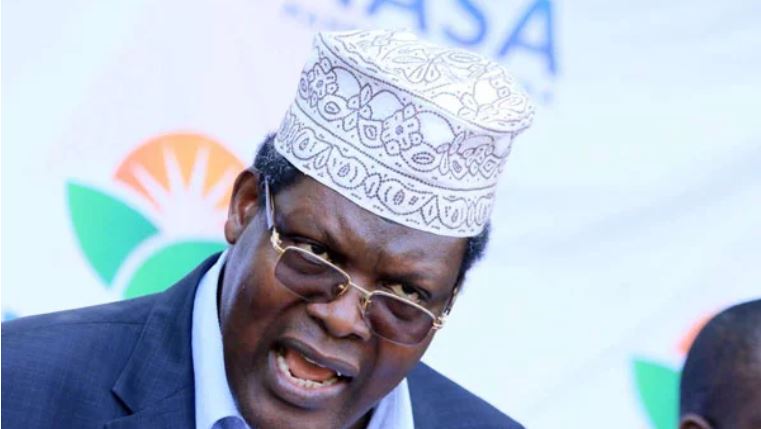 The embattled lawyer was responding to recent revelations that the pilot of the plane was misled by flight controllers at Jomo Kenyatta International Airport in Nairobi.

Reports indicate that Captain Barbara Wangeci, who was enroute to Nairobi from Kitale, radioed the control tower and was advised to land at JKIA from the Utawala side.

However, she was not familiar with the route as she had always landed at Wilson Airport, and so the control tower at JKIA promised to help her navigate the Aberdare Forest towards a fix position known as Avena, and onwards towards JKIA, where she was to land on runway 24.

Flying at 11,000ft, the pilot turned towards the mountain as instructed, and with fog blinding her, Wangeci did not realise she was flying towards Satima, the highest peak of the Aberdares at 13,120ft.

Worse still, the 22-year-old Cessna Caravan she was flying did not have a moving map display to give her the actual location and warn her of any nearby outcrops.

The reason the control tower at JKIA did not foresee this is among the clues crash investigators are looking at.

But, at Wilson Airport, officials are categorical that this was a “clear case of CFIT”, a mistake known in aviation circles as Controlled Flight into Terrain.

It happens when an airworthy aircraft, under pilot control, crashes as a result of poor communication from a control tower.

This must be why Miguna Miguna is saying the crash was deliberate.

“The flysax tragedy was a deliberate and calculated murder by JKIA air controllers. Yet, we haven’t seen arrests, quick convictions, and sentences.

“Instead, police “investigators” are busy covering their tracks in the NYS scandal,” Miguna posted on Twitter 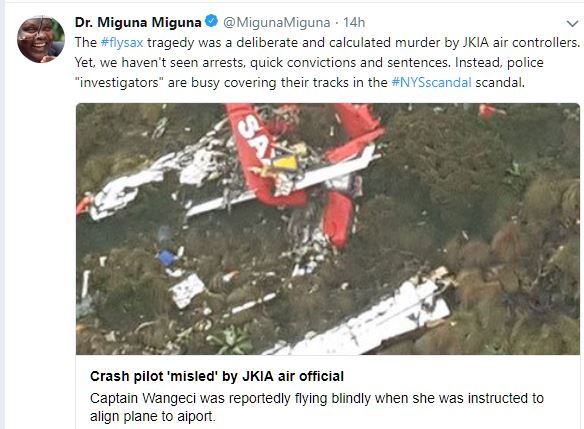 Only in Kenya: Zambian MPs in the Country to Learn About Corruption < Previous
Sonko Reveals Next Step in Deputy Governor Hunt After Miguna Rejection Next >
Recommended stories you may like: