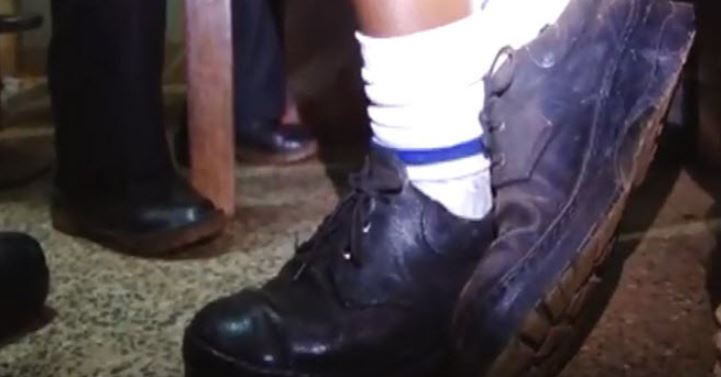 Barely hours after Education CS Amina Mohammed dissolved Moi Girls School, Nairobi, Board and Parents and Teachers Association (PTA) over the alleged rape of a student, another similar incident has been reported at Moi Girls’ Kamusinga School.

Speaking to the press, the victim, a Form Two student, alleged that a classmate informed her that her teacher had summoned her and on arrival in the office, he began making advances at her.

“He told me he had missed me and I told him the only relationship I would have with him was teacher-student,” said the girl as quoted by Citizen Digital.

The 14-year-old student recounted how she tried to get out of the office but the teacher ordered her back telling her that only he had the right to allow her to leave.

“That was when he pulled me back in, forcefully bent me over and raped me,” said the student.

The teacher is said to have jumped over the fence and fled after committing the act.

The police boss said a manhunt had been launched. He, however, noted that he suspects there might have been consent.

“I think there must have been some consent but since this lady realized that the story has gone out, she now changed the story to be rape, but I think they must have been friends for sometime…from the way we’re getting the whole story,” said the assistant commissioner.

In the Huruma incident, a student claims that the school’s cook touched her indecently on May 19. She claimed that the cook pushed her friend out of the kitchen, closed the door, and forcibly groped her.

Principal Margaret Owenje told KTN that the cook switched off lights in the kitchen after the students had gone to fetch water. She denied claims that she accused the girls of seducing the cook and stated that she had warned them against going to the kitchen.

Homa Bay County Police Commander Marius Tum said the school has been without electricity supply for four months after a transformer serving the area blew up.

“The suspect was not identified….the school has one guard manning the premises at night.”

“The school management reported the matter to the area chief and the institutions’ board of management,” Tum said.

Principal Herine Owuonda did not respond to calls for a statement on the incident.

Hilarious Meme Compilation (Wednesday June 6) < Previous
The Trending Images in Nairobi Today Next >
Recommended stories you may like: